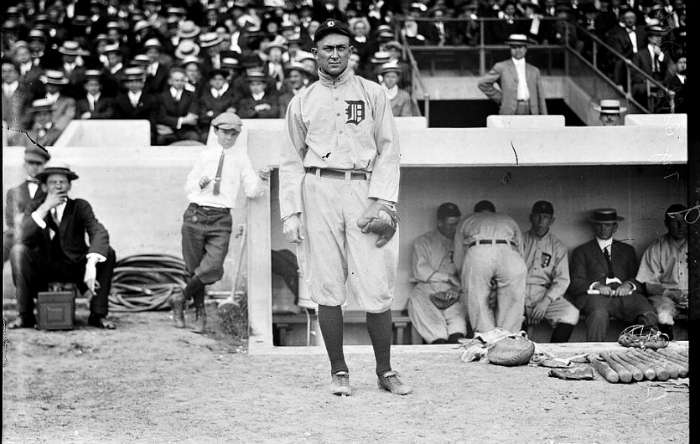 What better excuse to explore some classic baseball photos than the start of the Fall Classic? As the New York Mets and the Kansas City Royals take to the field for the 2015 World Series, we are diving into the photo archives to highlight the great work of the sports photographers who played a big part in helping to make baseball the national pastime. 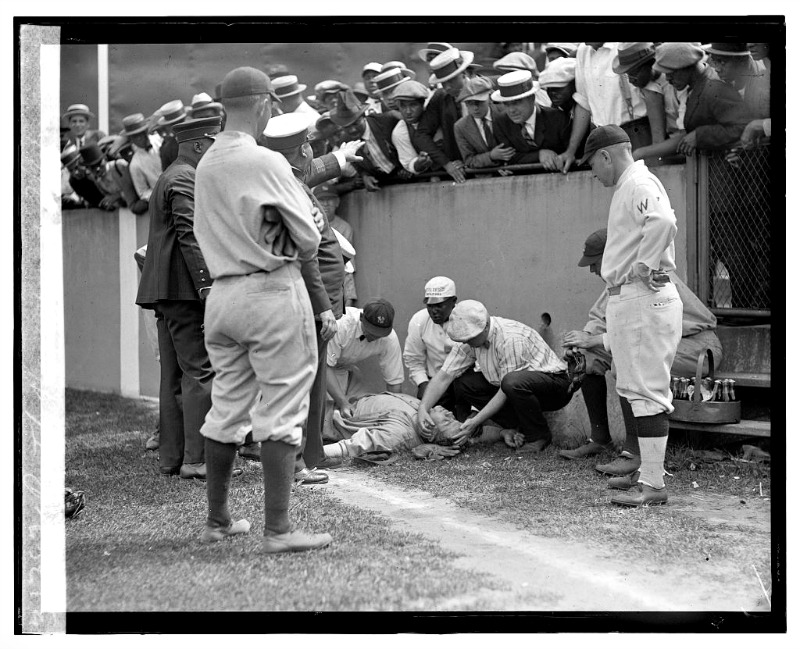 Babe Ruth may have knocked more than his fair share of balls out of the ballpark but in this classic baseball photo, taken in July of 1924, it was the ballpark that knocked out Babe Ruth.  Ruth’s New York Yankees were playing the Washington Senators at Griffith Stadium. During the fourth inning, Ruth ran full force into a pavilion parapet while trying to catch a foul ball. He was knocked out cold for five minutes. Once he was back on his feet, he didn’t leave the game. In fact, he hit a double in the sixth inning! 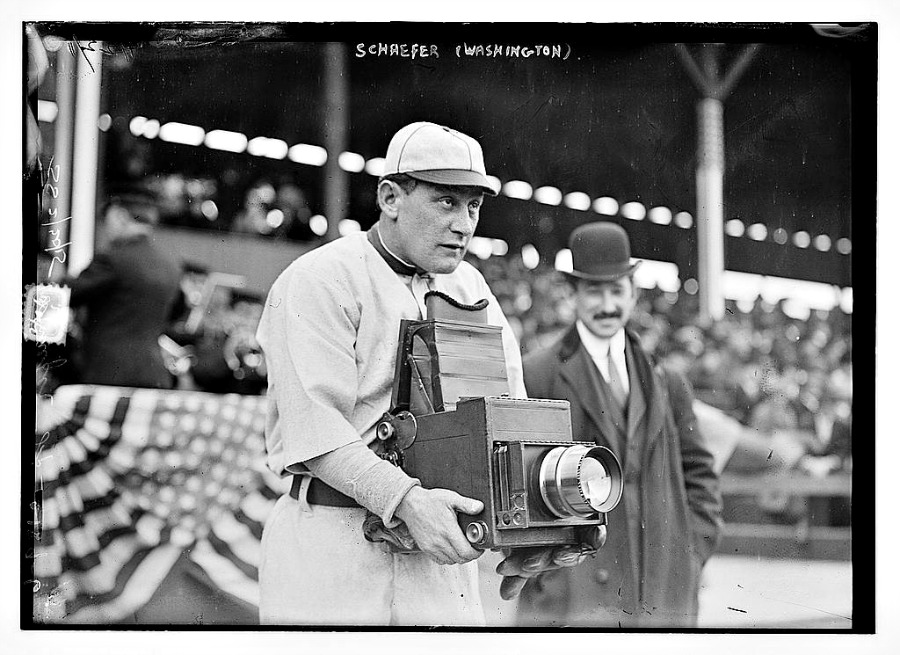 In 1911, Herman A. “Germany” Schaefer, then a player for the Washington Senators , took time out from his team’s visit to play the New York Highlanders to find out what it was like to be on the other side of the baseball photographer’s camera. The camera of the time being a 5×7 Press Graflex that was modified to fit the large lens. It was produced by the Folmer & Schwing Division of Eastman Kodak Co. between 1907 and 1923. As an aside, this photo was the millionth item scanned into digital format by the Library of Congress’s Prints and Photographs division.

Now here is a classic baseball photo for the family album! Larry Valencourt was three years old in 1948 when Joe DiMaggio showed him how to hold a bat. Luckily, it looks like DiMaggio just about missed out being hit by the little slugger’s bat.  The lucky lesson took place at Bill McGowan’s Umpire School in West Palm Beach, Florida. 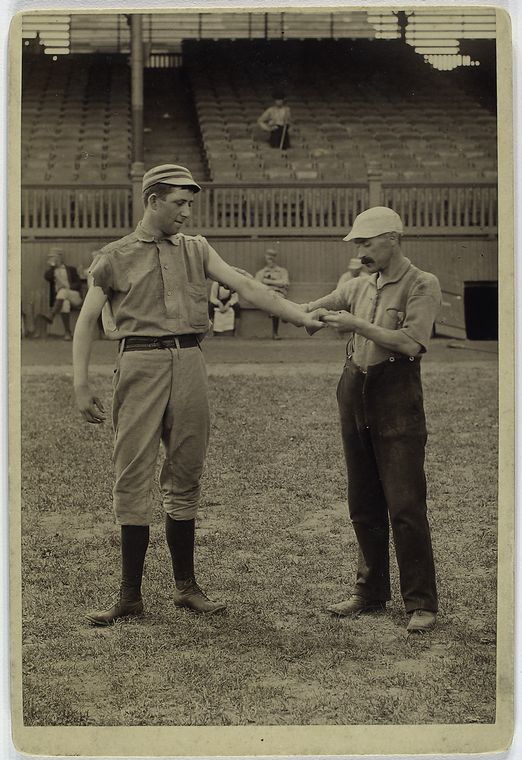 One of many delightful classic baseball photos among the the A.G. Spalding Baseball Collection at the New York Public Library, this photo shows a player from the Philadelphia Quakers being measured for his uniform. Don’t miss the other players waiting their turn in the background.

Thought by many to be one of the top athletes of all time, Jim Thorpe had an extraordinary sporting repertoire. Thorpe won gold medals at the 1912 Olympics for the pentathlon and decathlon. He also played American football at both college and professional levels and professional basketball and baseball.  Playing two seasons of semi-pro baseball caused him to be stripped of his Olympic medals because it was seen to have violated the amateurism rule of the Games.  The medals were later restored nearly three decades after Thorpe’s death.   This classic baseball photo was taken when Jim Thorpe was a member of the New York Giants who became the  1913 National League Champions.

The All American Girls Professional Baseball League wasn’t something that was made up by Hollywood for the A League of Their Own movie.  Marie Wegman played infield and second base for the Fort Wayne Daises. Here, in this April 1948 classic baseball photo, she is having a heated word with umpire Norris Ward.

It may be difficult to find a photo that screams ‘national pastime’ more loudly than this 1913 photo of Ty Cobb.  The dugout full of players, the bat boy at the ready and the sharply dressed spectators all add to the atmosphere. Then in the center of it all you have Ty Cobb, a proper baseball legend in his Detroit Tigers uniform. Classic. 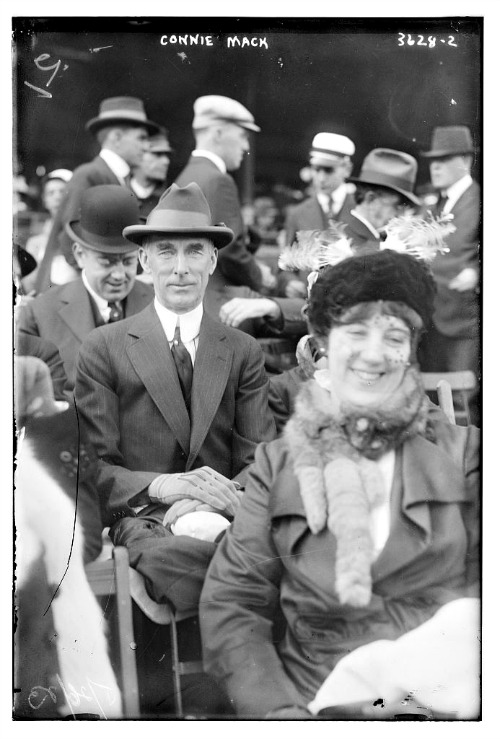 Reported to have been taken in 1915, this photo of Connie Mack is notable for its setting. Most photos of Mack that are found in the Library of Congress and other photo archives place him in the dugout or on the field. Instead, this classic baseball photo puts the legendary Philadelphia Athletics manager in the grandstand as a spectator. 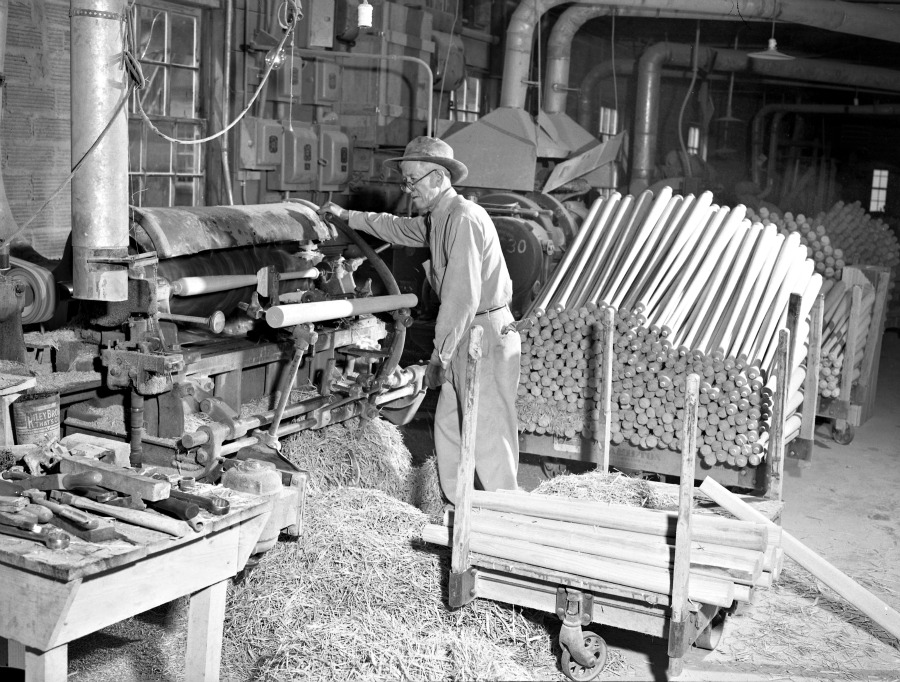 Before the crowd in the stadium can hear the crack of the bat, the baseball bat has to be made first. This great vintage photo shows a man hard at work carving out bats at a baseball