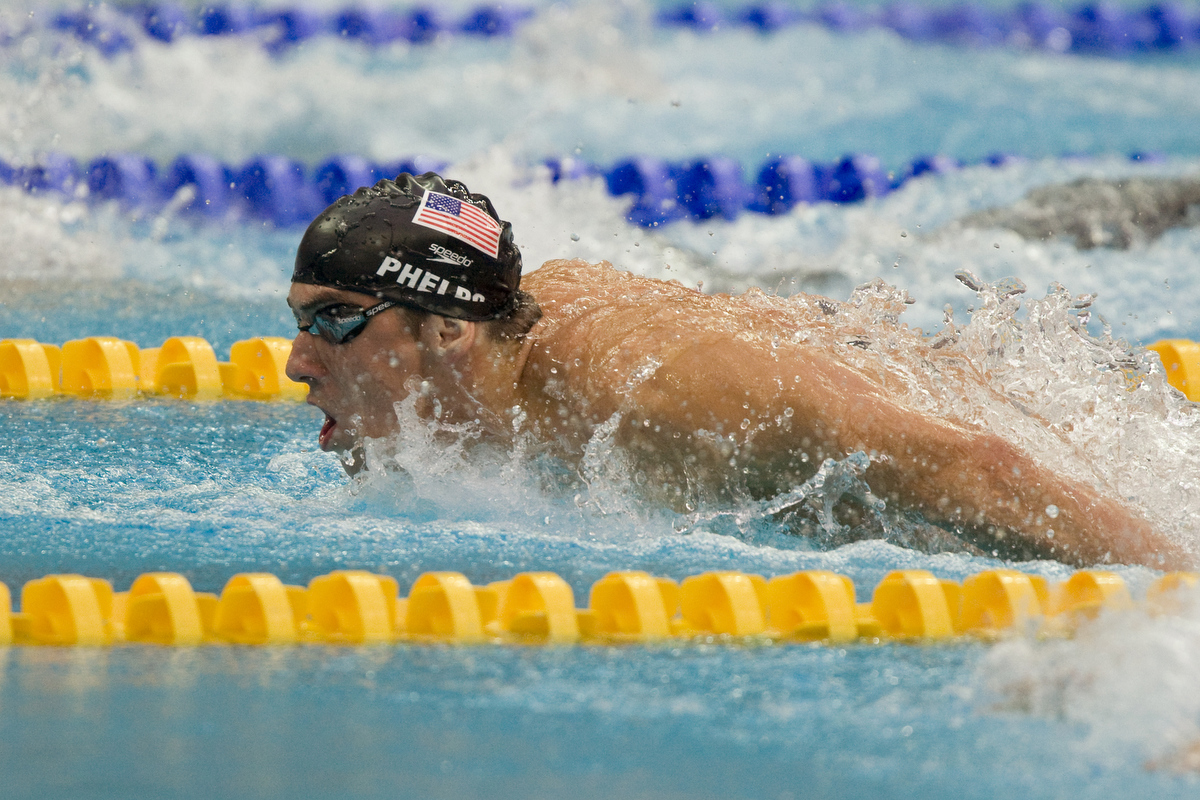 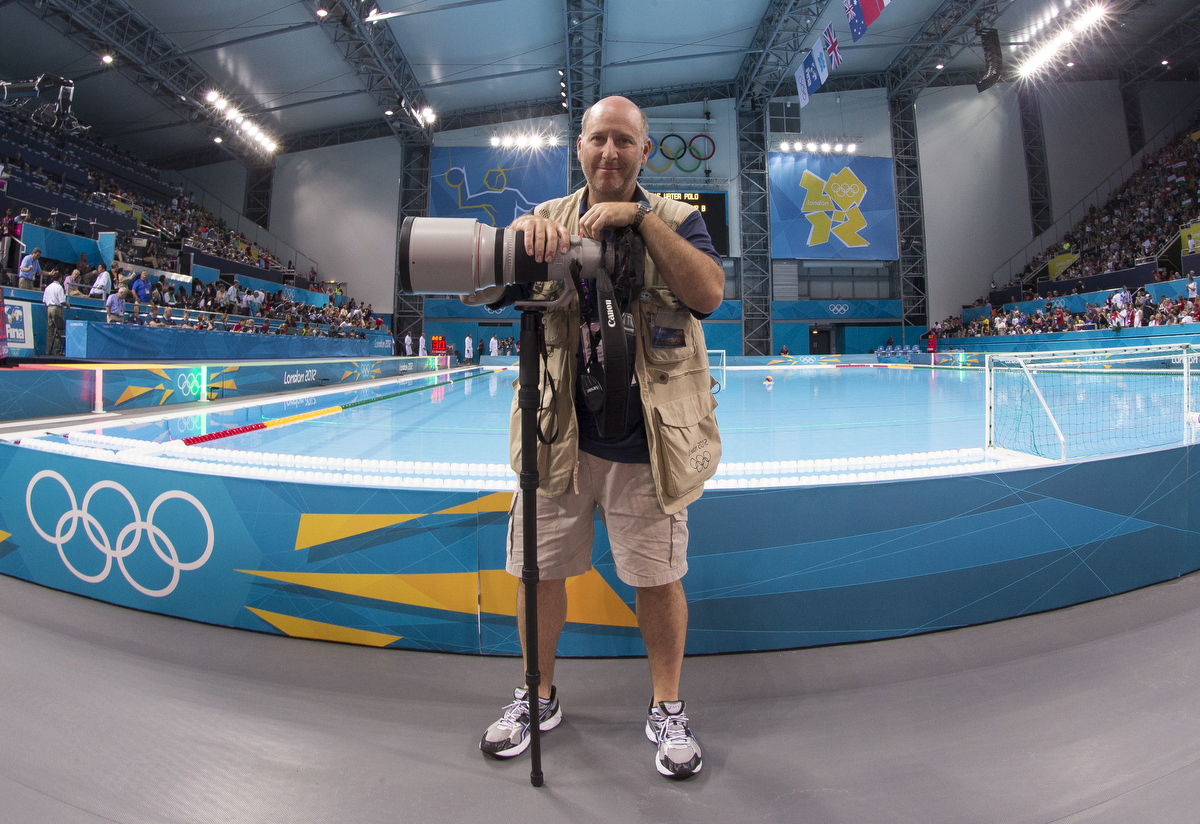 Professional photographer Jeff Cable is only months away from flying off to  photograph his fifth Olympic Games for Team USA. Quite a journey from the photographer who started his career shooting Bar and Bat Mitzvahs in the San Francisco Bay Area. Since then, he has covered Olympic Games in Beijing, Vancouver, London and Sochi, Russia.

Before he heads off to shoot the 2016 Summer Olympics in Rio De Janeiro, Jeff Cable will first be joining Samy’s Camera at PhotoCon LA on May 21st & 22nd at the Reef in Downtown Los Angeles.

Sponsored by Lexar, Jeff will be presenting a free class each day of PhotCon LA. Saturday, May 21st he will be teaching a sports photography themed class called ‘How To Get Great Sports Photos (Whether It Is The Olympics Or Your Own Kids). The Jeff Cable photography class on Sunday, May 22nd will be “Business of Photography: How To Make Money In This Ever Changing Industry”

Samy’s Camera Photo Blog was lucky enough to have Jeff Cable take a break from his Team USA and PhotoCon LA preparations to discuss his career as a professional photographer and his experiences at Olympic photographer for Team USA. 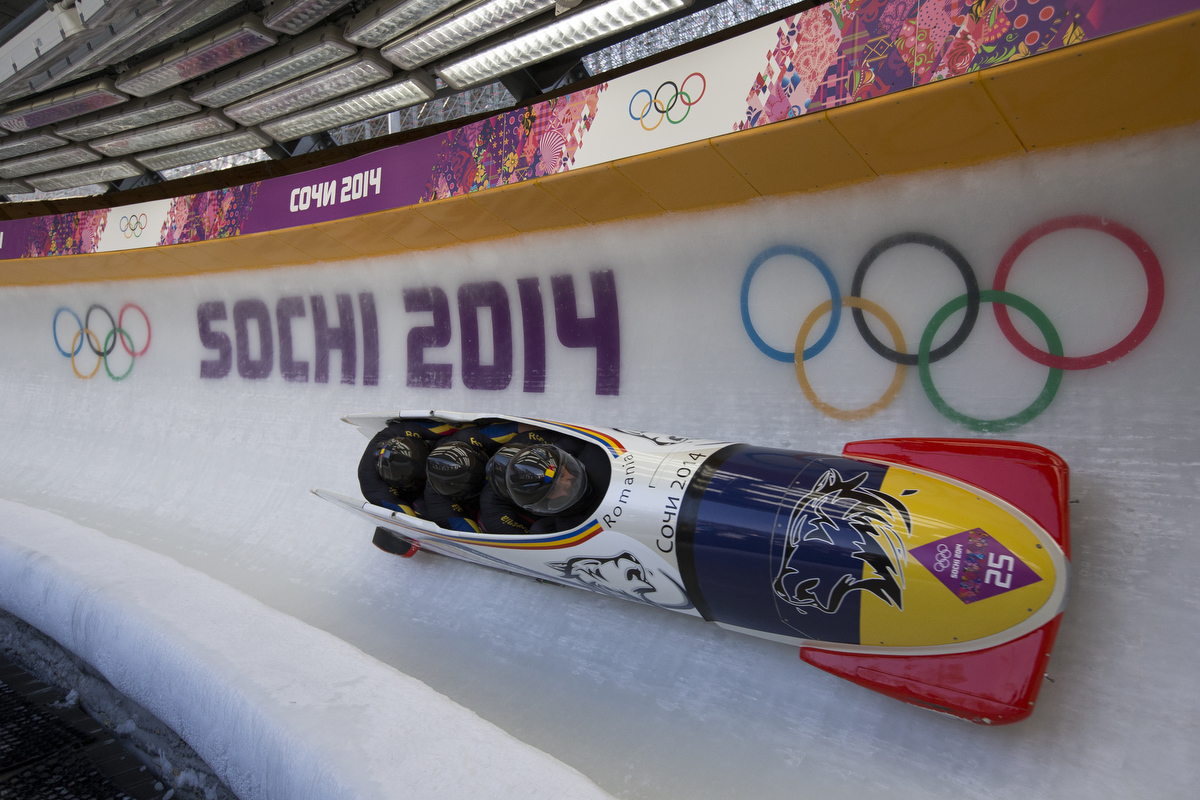 Q: You are often described as a self-taught photographer. At a time where photography lessons and tips weren’t available with a click of a mouse, what resources did you use to help educate yourself?

A: I read a lot of photo books and magazines to get started, and would often try to replicate what I saw on those pages. At first, it was really about learning to control the camera. I have always been technologically savvy, so understanding digital cameras came pretty easy to me. 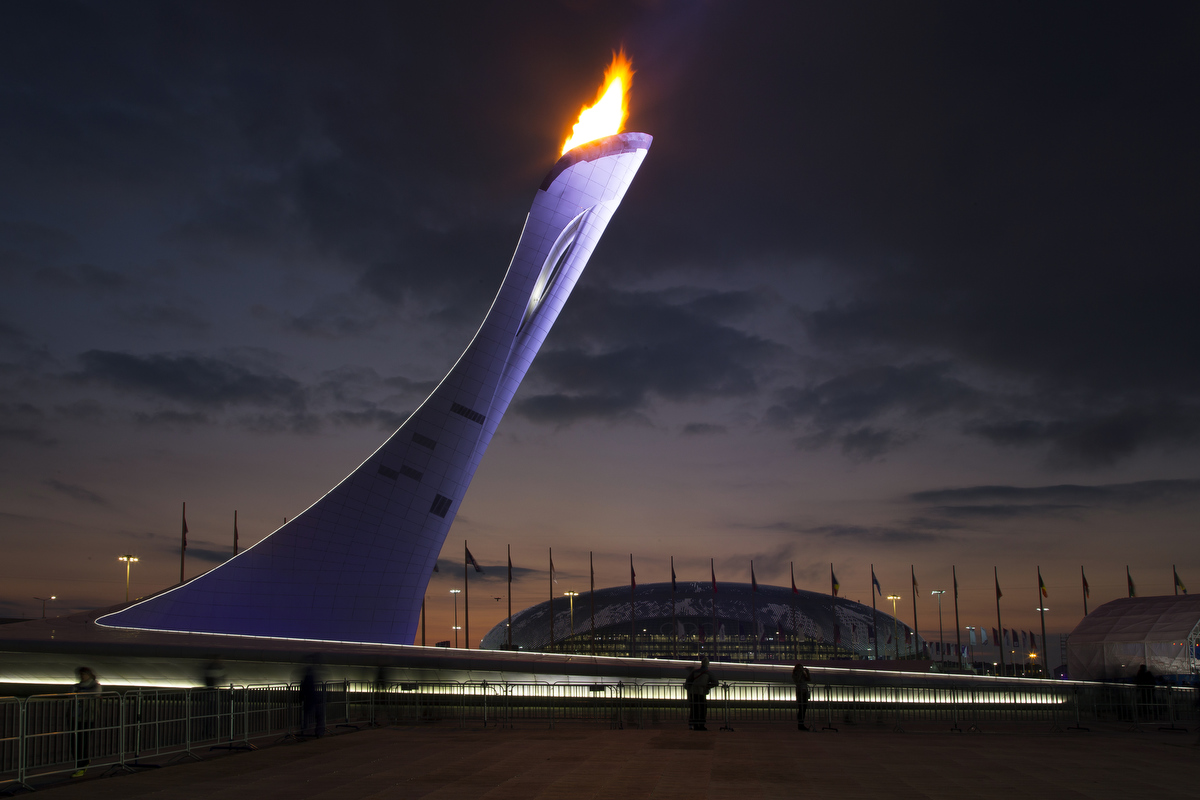 My biggest challenge was learning creative compositions and then learning to better control light with the camera and flash. I still find that learning how to control my speedlights is tougher than controlling the camera.

I also was lucky enough to be surrounded with great photographers who taught me a lot. Friends like Moose Peterson, Jay Dickman, Joe McNally, Denis Reggie, Joe Buissink, and others, all helped me along the way.

Q: With millions having viewed your free online photography classes, you are now a photography teacher yourself.  Did being self-taught have an impact on how you present your lessons?

A: Absolutely. It was great having tough critics to give me constructive feedback. Sure, it was hard when I sent what I thought was a really good shot, only to hear that it was not a good photo. But I needed that harsh feedback to push me in the right direction. This is why I do the same for people who look to me for feedback. I am tough – but honest. If they just want praise, they can post their photo on social media, and their friends will tell them that it is a great photo, whether it is or not. J

Q: We’ve heard that Steve Wozniak gave you your first digital camera.  Is that true and, if so, what lead up that? Do you remember the camera he gave you?

A: Yep, that is the truth. Woz and I have been good friends for more than 30 years now. As you know, he loves technology. He also liked having friends learn the new technology with him, so that we could learn from each other. 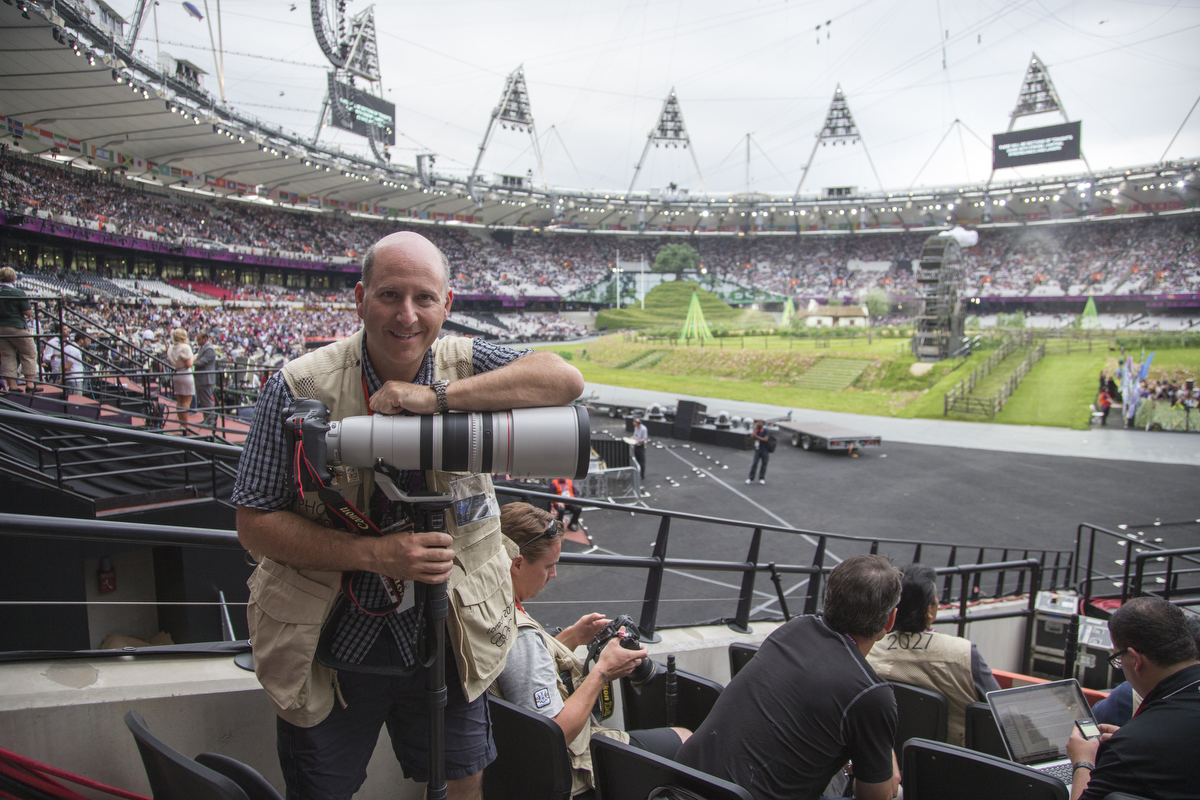 He went to Tokyo and purchased a couple of Ricoh RDC-1 cameras (not even 1 Megapixel) with optional LCD displays, and brought one back for me. A couple of years later, I made a couple of trips to Japan with him and we bought different models of the Casio Exilim cameras. We loved the small size and instantaneous photos.

At one point he gave me an Olympus E-10 camera. This was the first “real” digital camera I had ever used, with a high quality lens. A couple of years later, Woz called me, all excited, and asked me to help him purchase a new Canon camera he had heard about. It was the 10D. We played with that camera, and I have been a Canon user ever since.

Q: Shortly, you will be heading off to Rio to cover your 5th Olympics for Team USA. How did you become involved with Team USA?

A: When I was at Lexar, I was managing a team of support people in the press center of the Olympics in Beijing. I saw what these photographers were capturing and thought “I need to do that!” After many years of working my contacts, I was able to convince them that I could do the job for them. For me, it was not about the money, it was about the life’s experience of taking photos at an event as huge as the Olympics.

Q: Was there an ‘Oh wow, I am doing this!’  moment while shooting your first Olympics?

A: I get this feeling when I arrive at each Olympic city. But then again, I have that feeling right now, and we are still months from the Games. I never take any of this for granted. I have worked really hard for this, but I still feeling damned lucky to do what I do. I think about that every day of the Olympics. I will be exhausted from shooting, editing, posting and blogging each day, but it is such an honor to be there.

Q: Do you have a favorite Olympic sport or event to cover?

A: I love covering all the sports at the Olympics, especially those that are different from what 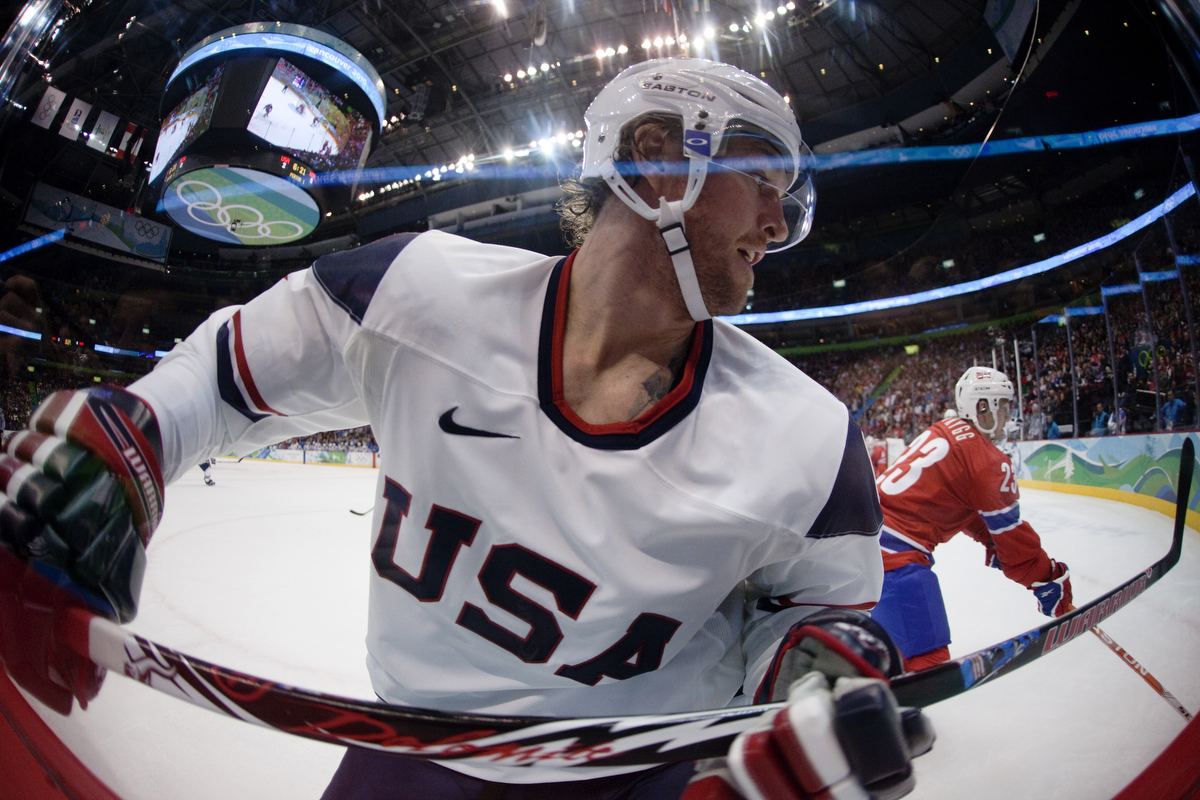 I shoot here at home. I love the challenge of shooting something new. My primary team to shoot for in the Winter Olympics is USA Hockey. I play the game every week and love and understand that sport.

At the Summer Olympics, my primary team to shoot for is USA Water Polo. That sport is like hockey in the water. It is more challenging than hockey to get great photos, since half of the sport is played under the surface of the water.

At least I don’t have to shoot through bad Plexiglas. Both of these sports are favorites, partially because I get to know the athletes and have a personal connection to their outcome.

Q: What is typical kit you take with you when flying off to cover an Olympics? Does where the games are being held alter what you would include? Conditions in Sochi or even London are much different than Rio, for example.

A: I typically bring 2 Canon 1DX cameras (this time the Mark II) and a Canon 5D Mark III with me. The big cameras for the faster frame rate and the 5D Mark III for taking photos around town. Since Rio is not the safest city, I will likely replace the 5D with a G5x to be less conspicuous when walking outside the Olympic “safe zone”. 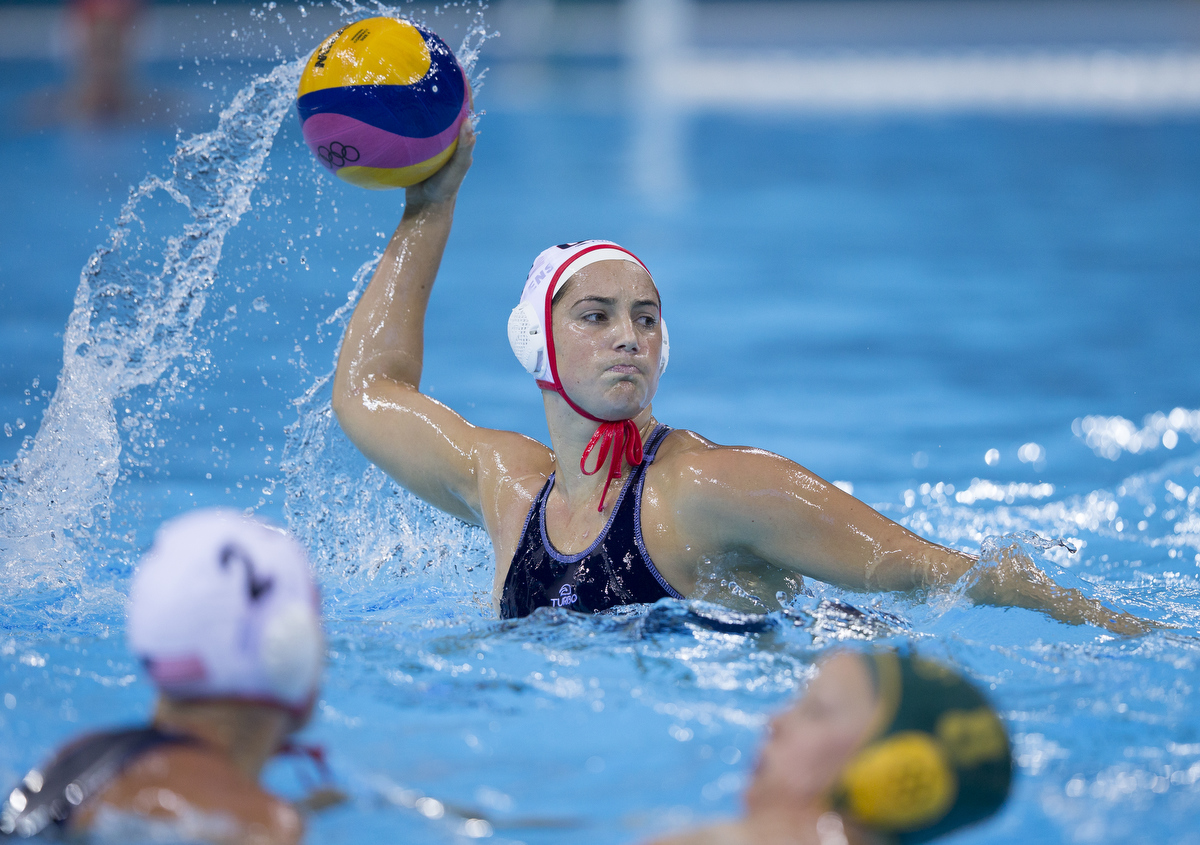 For the shooting water polo, I rely on the Canon 200-400mm lens, with the built in teleadaptor. This allows me to shoot wide (200mm) when the athletes are on my side of the pool, but zoom in close to 600mm, when they are on the other side of the pool. I also bring a Canon 70-200mm 2.8 lens for all the close-up sports, a Canon 24-70mm lens, Canon 16-35mm lens and a fish eye lens for wider and more creative shots. 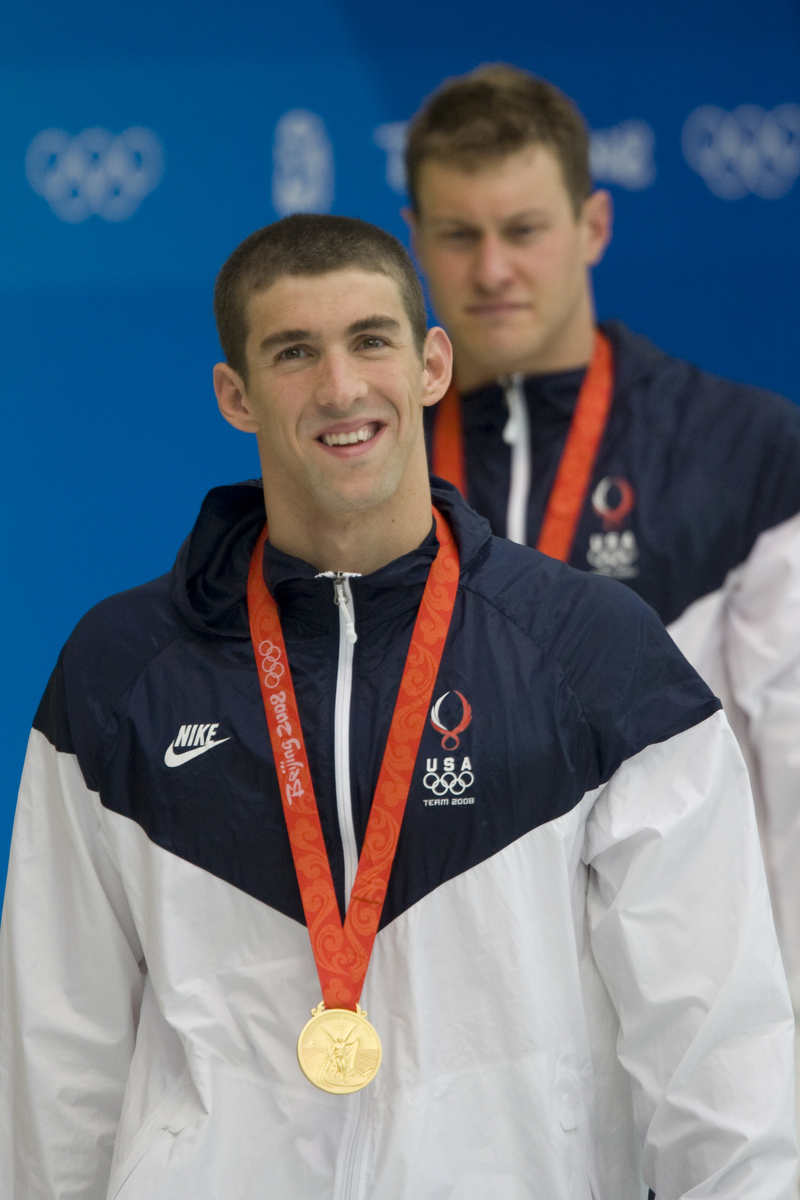 Even though flash is not allowed in any Olympic venue, I do bring a Canon 600 EX-RT flash for the times when I am in the mix zone (where the athletes are interviewed) or outside the Olympic venues. I also rely on the flash when shooting the team parties. For all my post image capture workflow, I bring a MacBook Pro, Lexar cards and readers and a Wacom tablet. All this is transported in my ThinkTank bags.

Q: Shooting such a fast-paced event like the Olympics must bring a unique set of pressures along with the thrills and excitement.  What is your work flow like at the events when there is such a tight window between taking the shot and the whole world wanting to see it?

A: I use the fastest of everything I can get. I will be using the new Canon 1DX Mark II to shoot at fast burst rates, Lexar 3500x CFast cards to clear the buffer quickly, Lexar CFast readers that connect via Thunderbolt 2 to download those 3500x cards at blazing-fast speeds, and a MacBook Pro 15” with an SSD. Every second counts when I am shooting, editing, retouching and posting with a 15-minute deadline. Before each event, I try to save a couple of seconds by pre-creating a correctly named folder on the computer, and having a script written to move the retouched images to a Dropbox folder where the team can grab them.

Unlike the big agency photographers who have card runners and editors, I am doing everything myself. And after I have done all the workflow, I still make time to write a blog post to share with everyone. The pressure is crazy, but I like it that way. 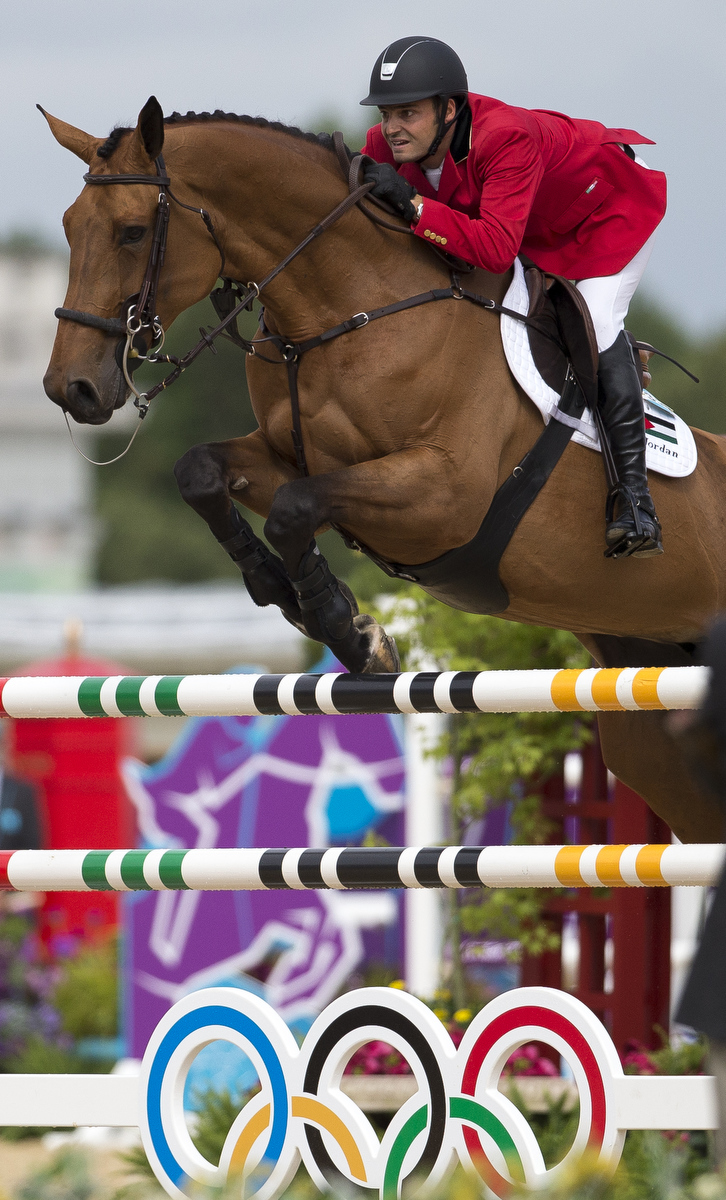 Q: Los Angeles is currently putting together 2024 Summer Olympics bid.  How do you think the experience of covering the Games in your home state compare to those you have covered in foreign destinations?

A: It would be really strange to photograph the Olympics in my home state, but it would be great. Logistics wise, it would be so nice to arrange everything in an area I know well. It is always difficult to determine press housing locations, transportation and all the other details when you are half a world away from the Games. The 2010 Winter Olympics were in Vancouver which is only a 2-hour flight from San Francisco, and it was really nice to be in the same time zone as home. It is also great when the native language is English, making communications easier. That would be just one less detail to worry about. But, with that said, I love going to a foreign location and interacting with the locals. The energy level is amazing at every Olympics. I guess the excitement is global.

Where: The Reef in Downtown Los Angeles

Follow PhotoCon LA on Facebook at Facebook.com/PhotoConLA to keep up to date with news about the event. 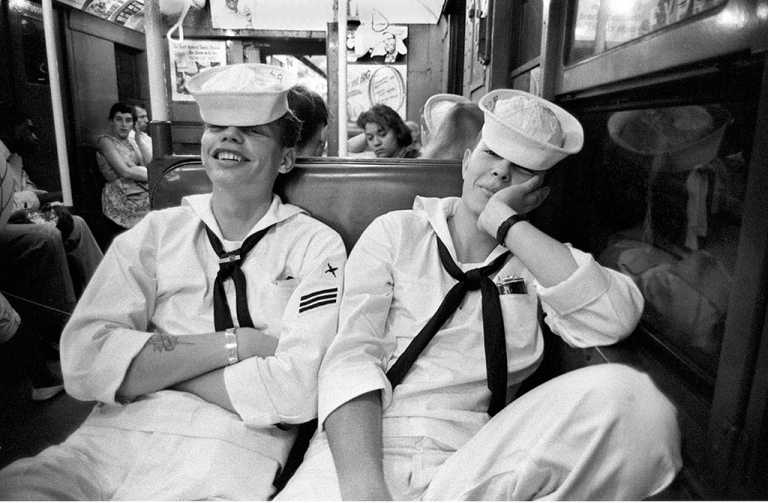 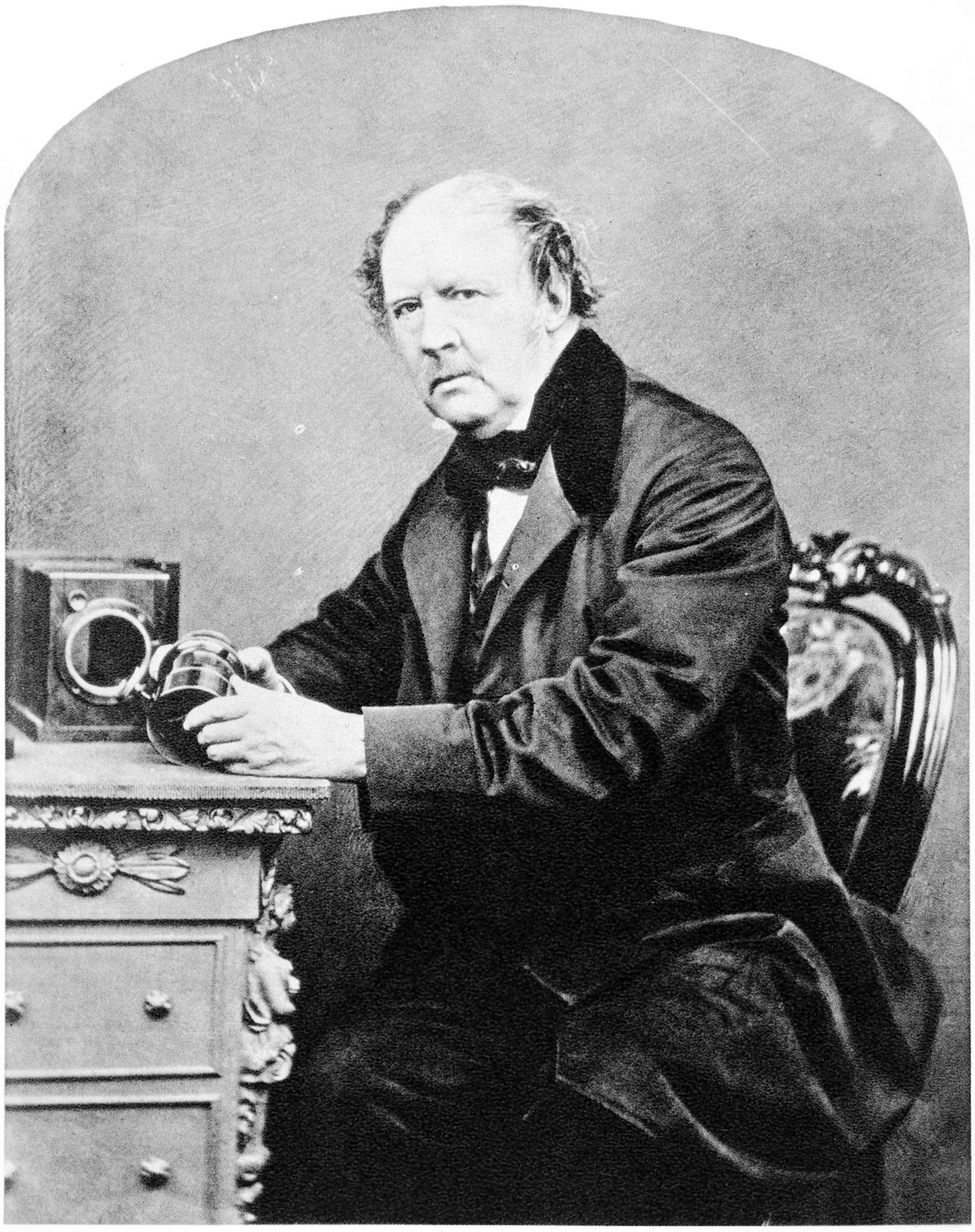 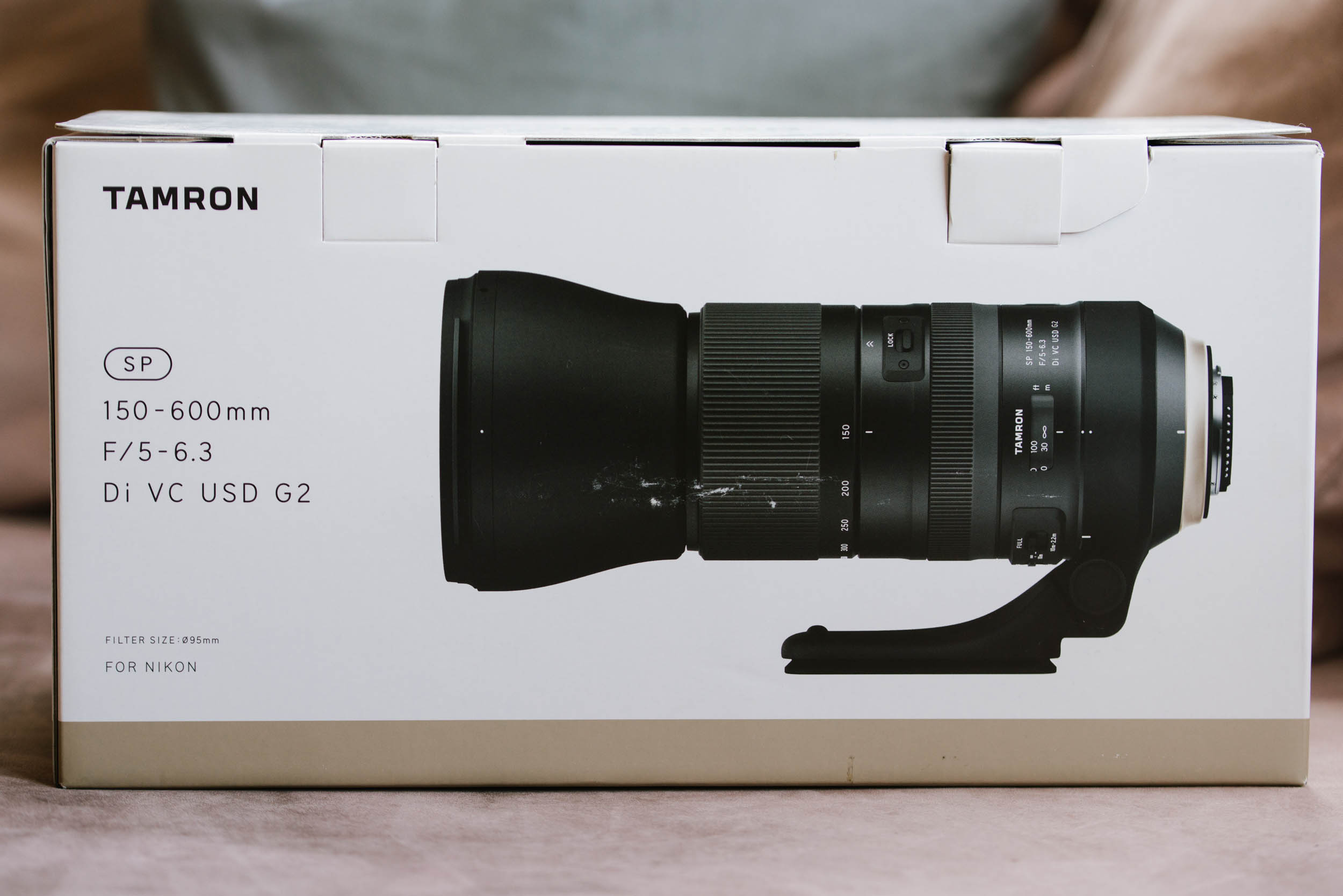