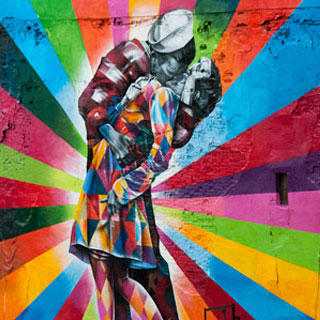 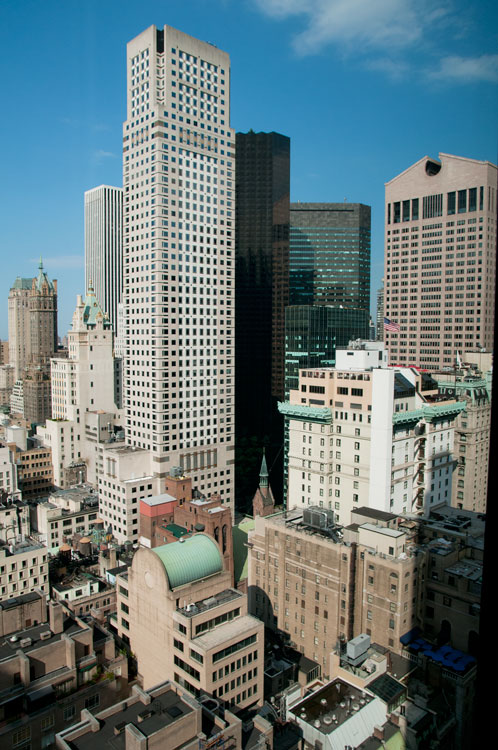 Recently I’ve had the opportunity to reflect on the importance New York City has played in my own life as a photographer, and in a much larger and more significant way, the City’s contribution to the incredible history of photography as a whole. Keep in mind – I’m a born and raised Los Angeles photographer, so this is coming from a native Angeleno; I didn’t even grow up in the Big Apple.

For all the photographers who have thought about visiting New York for the special experience it might offer, I hope I inspire you to follow your instincts and seriously commit to going.

The benefits are substantial.  Such an excursion will surely nurture your love of the medium in ways you cannot conceive.  To underestimate what one can learn from the experiences of photographing New York and taking in the numerous venues where photography is on exhibit (including the private photo galleries) would be inexcusable. 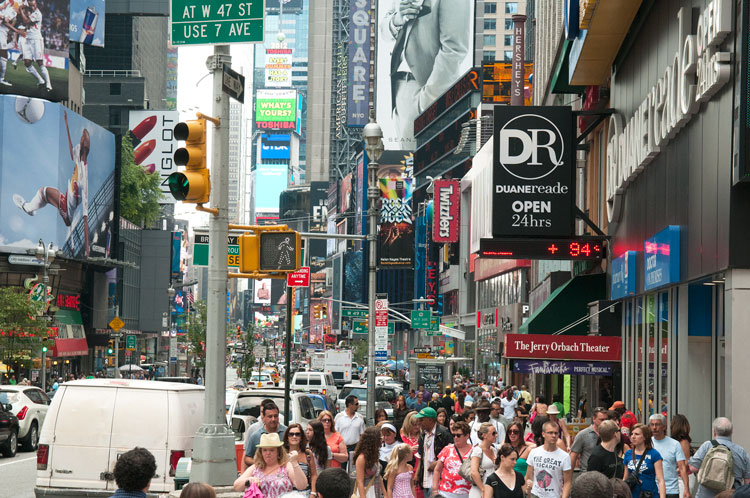 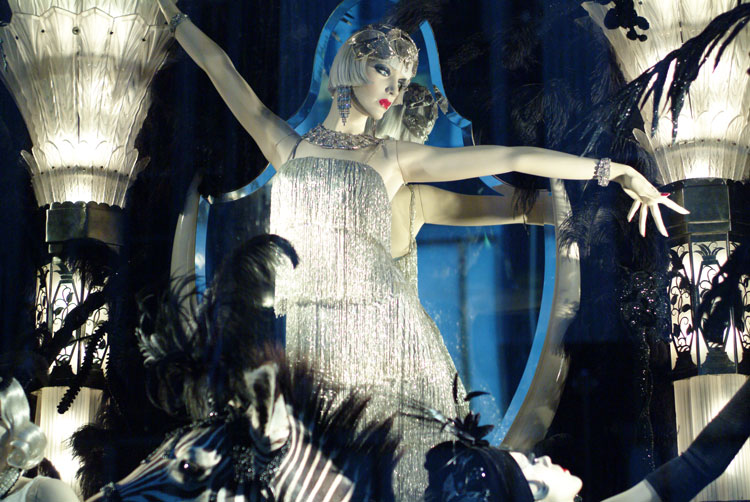 I decided I wanted to write about this and share some observations with my fellow photographers because hopefully, this will inspire you to celebrate the City’s historic commitment to photography as an art form, and its always “top-of-the-world” standards in advertising photography. 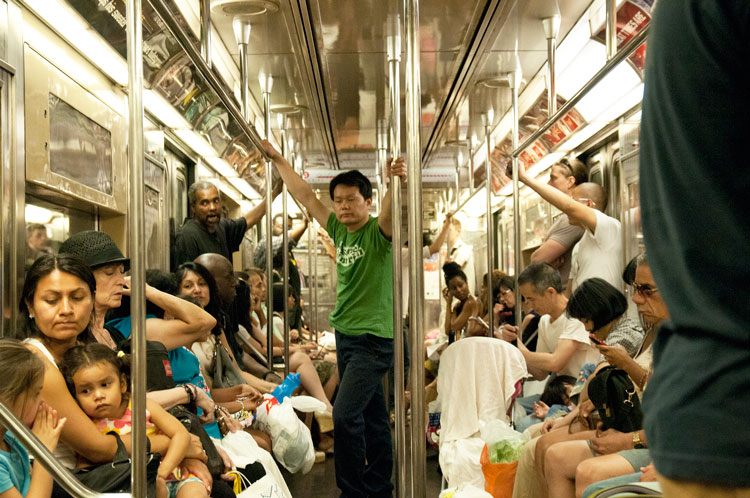 At the beginning of the 20th Century photography’s position in the world of fine art was still seriously questionable and up for debate.  Although there had been some important photography exhibits in both Europe and America, all of them had been judged by painters and sculptors.  Photographers were not considered “real” artists – even though many photographers had won awards in international salons. 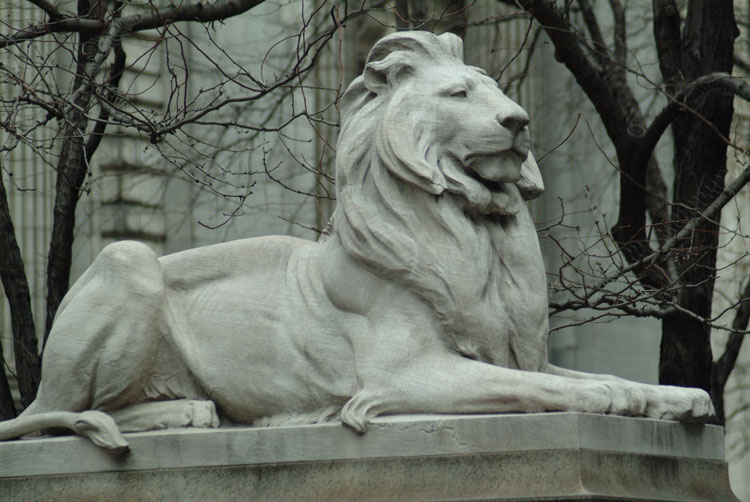 Enter Alfred Stieglitz and Edward Steichen, two giants in the history of photography. Both of them were living in New York. Together they conceived of a great exhibition of photography, the first to be judged by photographers themselves, and they secured a venue at the National Arts Club in New York.  In March 1902 the exhibition of “American Pictorial Photography, arranged by the Photo-Secession” opened to critical acclaim.  Following this success the pair opened a gallery, which came to be known as the 291 Art Gallery located on Fifth Avenue. Stieglitz (a great photographer in his own right) was the gallery owner and director and Edward Steichen, also an artist and brilliant photographer, acted as an advisor and friend. 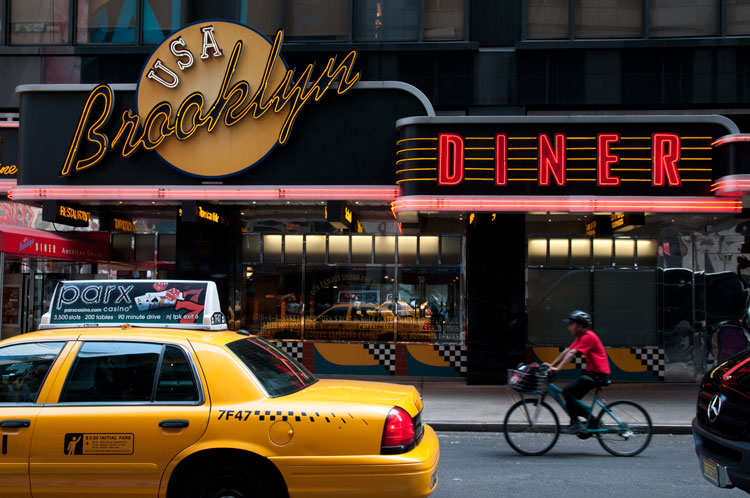 At the same time, Stieglitz published the legendary journal Camera Work (1903-1917)dedicated to exploring photography as a medium of highly artistic, individual expression.  Camera Work was beautifully produced, utilizing the gravure printing process.  Today, an original issue of Camera Work, if complete and in excellent condition can be worth thousands of dollars.

Presently, New York boasts so many phenomenal museums with dedicated departments of photography that it’s hard to decide which one to begin with.  The standout would probably have to be The Museum of Modern Art (MoMA). 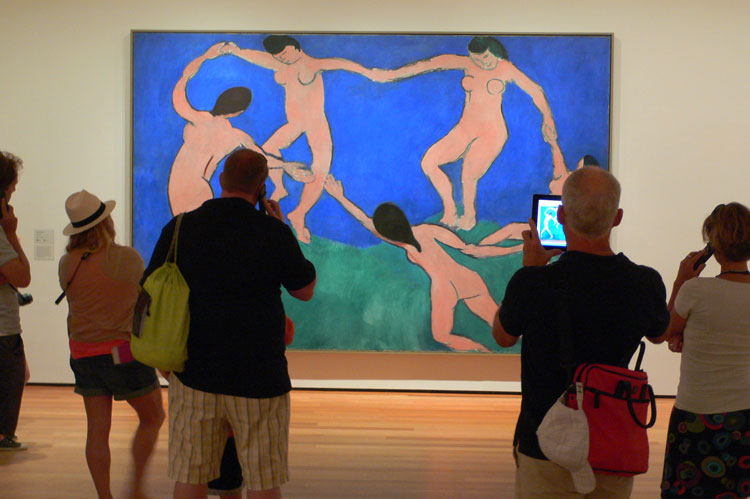 MoMA began collecting modern photography in 1930 and established the department in 1940.  The museum’s holdings of more than 25,000 works constitute one of the most important collections of modern and contemporary photography in the world.  As diverse as photography itself, the collection includes work not only by artists, but also by journalists, scientists, entrepreneurs, and amateurs. 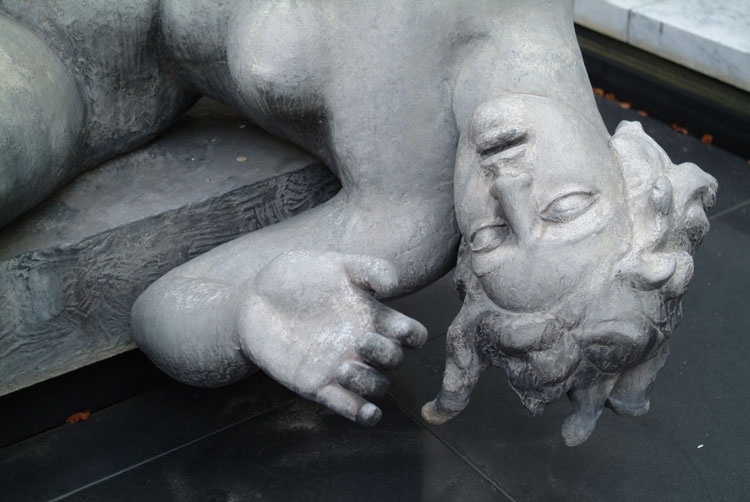 A trip through MoMA is an experience you will never forget.  It holds the distinction of being considered one of the greatest museums in the world. Their beautifully displayed collection of paintings alone, will blow your mind.  On display are many masterpieces that have appeared in exquisite art books over the last 75 years, everything from Van Gogh’s Starry Night (one of the most famous paintings in history) to Pablo Picasso’s Les Demoiselles d’Avignon, which was a significant contribution to the movement and to the overall advancement of Cubism. 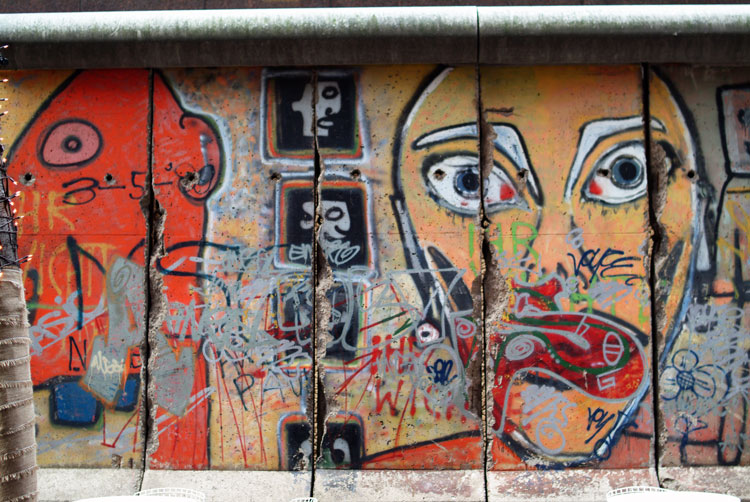 The exhibition “Family of Man” was first displayed at MoMA in 1955 and curated by Edward Steichen himself.  This singular exhibit traveled throughout the world and made a huge impression on how the medium of photography can speak to and confront the human experience.  At MoMA’s dedicated space specifically designed for photographic exhibitions there is always a provocative exhibit on display for viewing. Next to MoMA, another towering museum is the Metropolitan Museum.  Establishing an independent curatorial department in 1992, the Metropolitan’s Department of Photographs houses a collection of more than 25,000 works as well.  The collection spans the history of photography from its invention in the 1830’s to the present.  Among the many historical jewels in the collection are a rare album of photographs by William Henry Fox Talbot made just months after he presented his invention to the public; a large collection of portrait daguerreotypes by the Boston firm of Southworth and Hawes; magnificent landscape photographs of the American West by Timothy O’Sullivan and Carleton Watkins; and fine examples of French photography of the 1850’s by Charles Negre, Gustave le Gray, Nadar and others.

It is interesting to note that the Metropolitan began collecting photographs in 1928, when Alfred Stieglitz (whom I wrote about earlier, regarding his passion to have photography become recognized as fine art) made the first of several important gifts to the museum from his own private collection, which was substantial.

For ways photography explores human rights issues and beyond, the International Center for Photography is an incredible institution.  Located in the heart of Manhattan with some splendid galleries, it also functions as a school and research center.  The brother of one of the world’s greatest war photographers, Robert Capa, founded the Center in 1974. Cornell Capa started it with the help of photographer Micha bar-Am with the intention being to keep the legacy of “Concerned Photography” alive; a tradition of documenting serious issues in the world that affect all of our lives, both positive and negative.  The photographer Sebastian Salgado is a great example of such a brilliant social photographer. 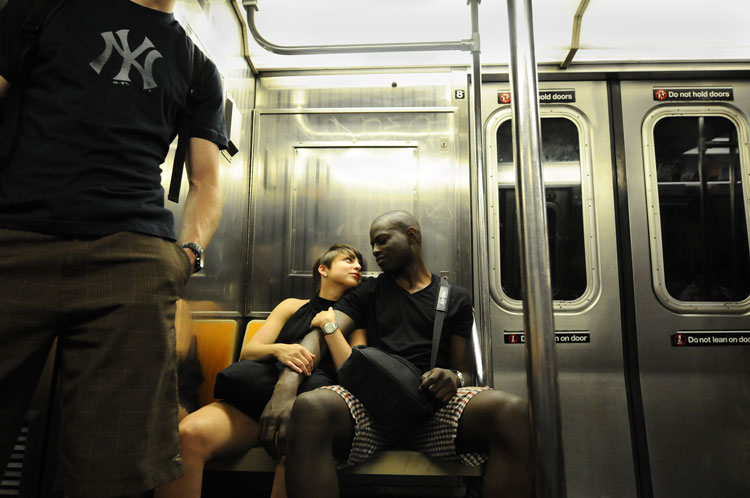 The Solomon R. Guggenheim Museum (“The Guggenheim”) is a prestigious museum located on the upper east side of the city.  Revered by architects worldwide, it was designed “as a temple of the spirit” by Frank Lloyd Wright and is considered one of the 20th Century’s most important architectural landmarks.  The cylindrical museum building is wider at the top than at the bottom.  This magnificent structure was opened to the public in 1959.  It is the permanent home of a continuously expanding collection of contemporary art, including photography.  Its unique ramp gallery extends in a long continuous spiral from the 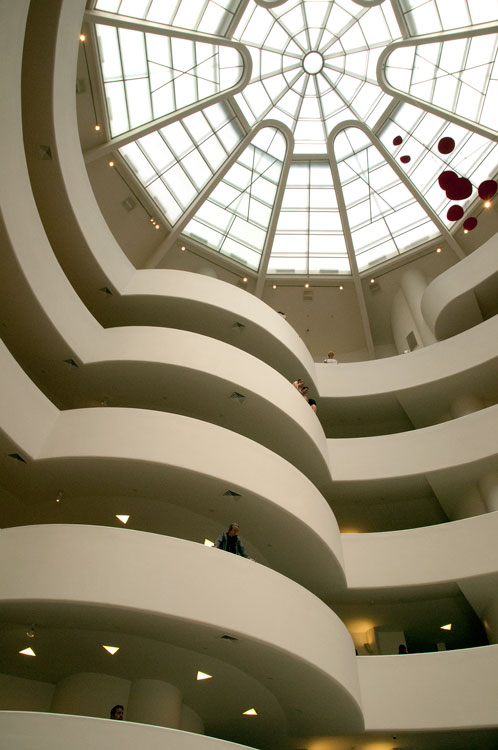 extraordinary skylight, a walkway from the top to the bottom with adjoining side galleries.  It flows from one work of art into another.  Recent exhibits include photographers such as Rineke Dijkstra (from Holland). The museum has installed a compelling and in-depth retrospective of her work.

Along with the outstanding museums in New York City, there are also some of the finest private galleries that both sell and display photography.  Located throughout Manhattan, there are a number of such venues.  The Howard Greenberg Gallery, located in midtown Manhattan, has a vast and ever-changing collection of some of the most important photographs in the medium.  The gallery maintains an extensive catalogue of original photographic prints by such luminary photographers as Bernice Abbott, Henri-Cartier Bresson, André Kertész, William Klein, Josef Sudek, and Edward Weston.  They also represent many contemporary photographers like Joel Meyerowitz. 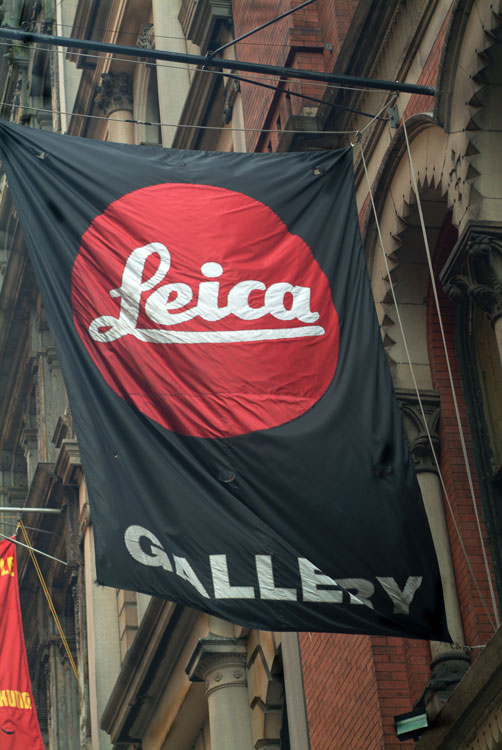 The Leica Gallery in Greenwich Village is both unique and historical.  Over its many years of existence the gallery has dedicated their exhibits to photographers who used the infamous 35 mm Leica film cameras(and now digital Leicas as well) to create their memorable photographs.  Bruce Davidson, Helen Levitt, Elliot Erwitt, Ralph Gibson, George Rodger, Danny Lyon, Josef Koudelka (to name a few) all have had their photos exhibited at the Leica Gallery.  The Leica Gallery has exhibited many of the greatest MAGNUM Photographers – the legendary photographic cooperative created by Cartier Bresson and Robert Capa with a few other outstanding photojournalists in 1947. Such a cooperative preserves the independent nature of photographers – that idiosyncratic mix of reporter and artist.

Another internationally recognized New York art dealer is the Gagosian Gallery, representing photographers alongside traditional artists, including painters, sculptors, and conceptual artists.  Last spring in the Chelsea district space, the Gallery exhibited the work of Richard Avedon.  I saw the show and it was an incredible exhibit of Avedon’s large mural-sized portraits along with some smaller prints. Even enlarged contact sheets with Avedon’s hand-written notes on them were included in the exhibit. There just isn’t enough space or time for me to list all of the wonderful places one can visit in NYC to view great photography, I’m talking about original prints -not reproductions (nothing compares to an original) – or to hear a provocative lecture by an outstanding photographer or museum director talking about the Art of Photography.  There is a superb New York publication that comes out monthly simply called “PHOTOGRAPH.”  It’s a great source of information to discover exhibits and events in NYC, listing both galleries and public institutions.  It’s a smaller version (in size) of a standard magazine. 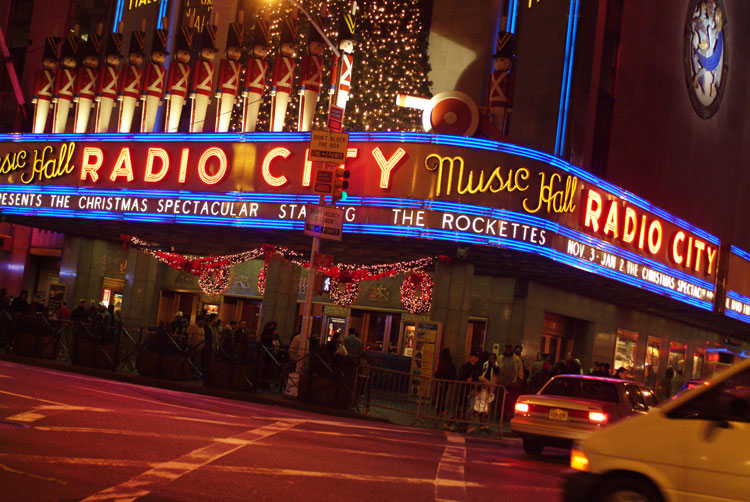 NYC is also a great place for anyone who loves “street photography.”  What I’m referring to is the celebrated art form (and genre) of the existential randomness a photographer will subject themselves to while on the lookout for a great photograph walking down a street, witnessing people in candid, spontaneous situations at parks, beaches, social events, political conventions, sex scenes, revolutions, war zones… and so forth.  The street photographer is an explorer of hidden truths and mysteries. Someone in search of a mirrored reflection of reality, to be captured by a still camera, visualizing an existential time and place. 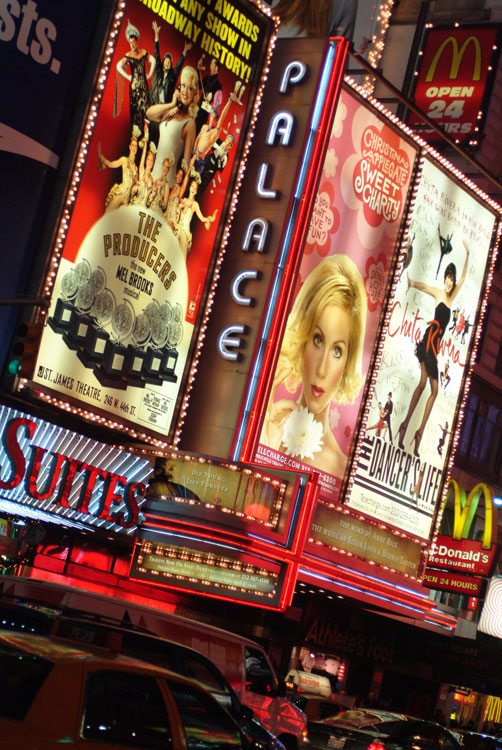 The beginnings of street photography in America can be likened to that of jazz in the music world, both emerging as outspoken delineations of everyday life. The connection is seen in the work of the New York School of photography.  This was not an official institution; the New York School is a term referring to groups of photographers in the mid-20th century who were based in New York City.  One of the most notable of these photographers, Robert Frank, was part of the beat movement interested in Black-America and counter-cultures.  Frank is perhaps the most celebrated street photographer because of his raw, intense personal photographs that appeared in his controversial book “The Americans”.

The streets of New York are also inspirational because of the phenomenal architecture one encounters, both vintage relics and modern skyscrapers, the way the sunlight bathes the city through huge high-rise buildings, the individuals who walk the streets in different neighborhoods, with different window displays and different vibes, skin tones and features, NYPD looming everywhere it seems, within a post- 9/11 heartbeat.

The exposure to cutting edge advertising, below in the subway stations and on the streets of New York, on the sides of large buildings, in window displays, Time Square at night are all overwhelming at times, but rich in purpose.

Photographing in NYC, and its surrounding burrows compares to perhaps a pilgrimage to Mecca… Once you’ve arrived- there’s enough intense human energy, space and form -that it will inspire and challenge any photographer. There are many other reasons to go to New York besides the abundant rewards it offers photographers, like the countless other historic sights to see.  The 9/11 Memorial is incredible to experience in person, the restaurants, Broadway, Times Square at night, the bars… and of course, New Yorkers themselves with their amazing will and energy. The Photography of Sebastiao Salgado 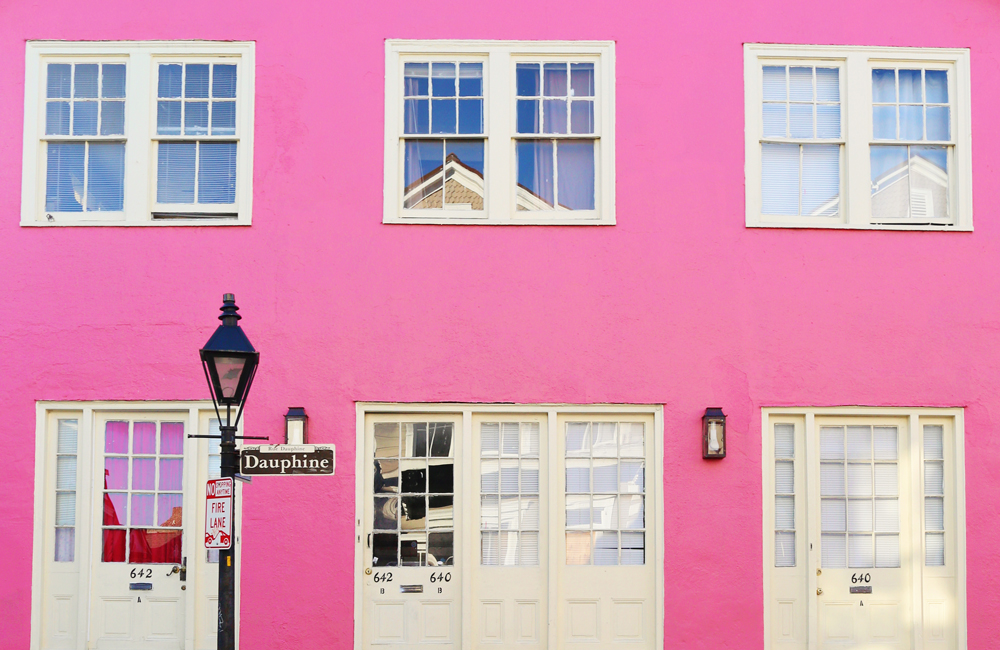