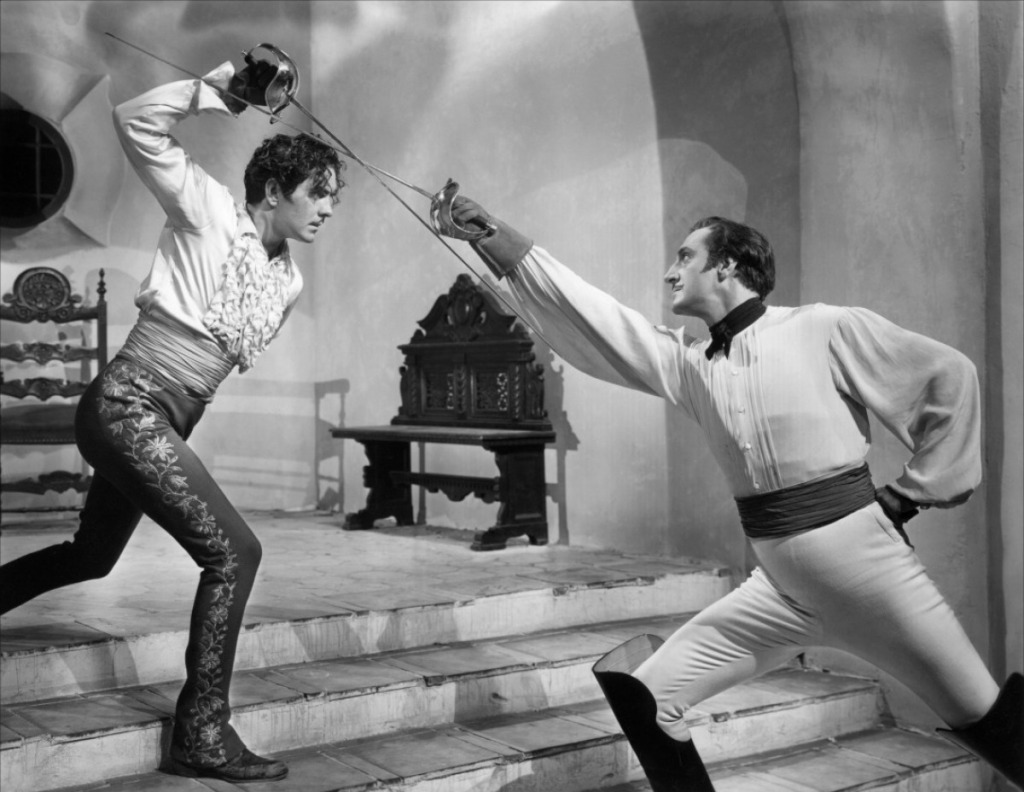 From the silent day on, swords have often played a major role in motion pictures.  And of course, they have been highly significant in history as well.  Give somebody a blade some length that can be used for slashing, stabbing or both, and you have a weapon of extremely lethal capability.

Swords have been made using all sorts of materials – such as bronze, iron or steel.  They have had all sorts of shapes and configurations, from the huge and heavy broadswords of medieval knights to the katanas of Japanese Samurai to the lethal rapiers of European duelists.

A sword is a bladed, melee weapon intended for slashing or thrusting that is longer than a knife or dagger, consisting of a long blade attached to a hilt. The precise definition of the term varies with the historical epoch or the geographic region under consideration. The blade can be straight or curved. Thrusting swords have a pointed tip on the blade, and tend to be straighter; slashing swords have a sharpened cutting edge on one or both sides of the blade, and are more likely to be curved. Many swords are designed for both thrusting and slashing.

Historically, the sword developed in the Bronze Age, evolving from the dagger; the earliest specimens date to about 1600 BC. The later Iron Age sword remained fairly short and without a crossguard. The spatha, as it developed in the Late Roman army, became the predecessor of the European sword of the Middle Ages, at first adopted as the Migration Period sword, and only in the High Middle Ages, developed into the classical arming sword with crossguard. The word sword continues the Old English, sweord.[1]  – Wikipedia

The use of a sword is known as swordsmanship or, in a modern context, as fencing. However, the kind of fencing seen in events such as the Olympics is so specialized and stylized that it bears almost no relation to the kind of dueling seen with any other kind of actual combat with swords.  In the Early Modern period, western sword design diverged into roughly two forms, the thrusting swords, and the sabers.

The thrusting swords such as the rapier and eventually the smallsword were designed to impale their targets quickly and inflict deep stab wounds. Their long and straight yet light and well-balanced design made them highly maneuverable and deadly in a duel but fairly ineffective when used in a slashing or chopping motion. A well-aimed lunge and thrust could end a fight in seconds with just the sword’s point, leading to the development of a fighting style that closely resembles modern fencing.

The saber (sabre) and similar blades such as the cutlass were built more heavily and were more typically used in warfare. Built for slashing and chopping at multiple enemies, often from horseback, the saber’s long curved blade and slightly forward weight balance gave it a deadly character all its own on the battlefield. Most sabers also had sharp points and double-edged blades, making them capable of piercing soldier after soldier in a cavalry charge. Sabers continued to see battlefield use until the early 20th century. The US Navy kept tens of thousands of sturdy cutlasses in their armory well into World War II and many were issued to marines in the Pacific as jungle machetes.

Non-European weapons called “sword” include single-edged weapons such as the Middle Eastern scimitar, the Chinese dao, and the related Japanese katana. The Chinese jìan is an example of a non-European double-edged sword, like the European models derived from the double-edged Iron Age sword. – Wikipedia

While swords have been used for both personal defense and as a weapon of war, in fact, they have been less effective on battlefields compared to some kind of blade at the end of a long pole – such as some kind of spear.  Speaks used for hunting have been found dating back some 40,000 years.  This makes a lot of sense since attempting to kill large animals like the wooly mammoth is best done as great a distance as possible.

In terms of warfare, it is much easier to train soldiers to use a spear than it is to develop their abilities as swordsmen – just as the learning curve for the crossbow or even early muskets is much easier than the skills needed to shoot a longbow.  This is also true of weapons like halberts, poleaxes, and pikes.

But very early on the movies realized that a duel between swordsmen made for much more exciting action than having soldiers trying to stick each other with spears.

The most successful movie action hero of his day was Douglas Fairbanks.  An athlete and acrobat, Fairbanks thrilled audiences with stunts that could not have been done by an actor without his background.  But a number of his roles call for a display of swordsmanships, such as The Mark of Zorro (1920), The Three Musketeers (1921), Robin Hood (1922), The Thief of Bagdad (1924) and The Black Pirate (1926).

Ironically, there have been dozens of some version of The Three Musketeers story, all involving a lot of swordsmanship and dueling, but musketeers are, by definition, soldiers who fought using muskets – guns, not swords.

In the movies of actors like Douglas Fairbanks and, subsequently, Errol Flynn, sword fights were usually extended, athletic events, with the duelists having at it for several minutes at a time, going up and downstairs, jumping over furniture and so forth.  Real sword fighting tended to be quite different.  Duelists would usually come together for a flurry of action, step back and then briefly reengage. There would quite frequently be a series of less than lethal cuts, and some duels were fought to “first blood” rather than to the death.

Fighting on the battlefield was more a matter of anything goes.  If you could badly injure your opponent with a slash of your sword, you would just move on and leave him to perish from blood loss or infection.  Delivering a coup de grace was not really necessary. And you had to worry about suddenly being impaled on the point of a spear, wounded by a battle axe or skewered by an arrow.  In confusing and chaotic situations like this, survival was mostly a matter of constant effort and blind luck.

At different times and places in history, different types of swords were favored.  For example, the rapier was designed for one unarmored man to fight, one on one, against another unarmored man and is extremely effective at this.  But it isn’t a cutting weapon and would be at a huge disadvantage in some kind of melee with armored soldiers hacking at each other from all directions and angles.

For another example, wielding a huge broadsword against armored knights on the battlefield is one thing.  Trying to manage a weapon like this in close quarters, such as on a ship, would be way too cumbersome.  What is better is a smaller and more easily controlled sword like a cutlass or a saber. Look at the swords in the Johnny Depp Pirates of the Caribbean series and you’ll see they are smaller, curved and with a cutting edge.

There are some movies that have shown dueling more like it really was – although films always distort reality for theatrical advantage.  One of these is The Duelists (1978) with Keith Carradine and Harvey Keitel, where two officers in the Napoleonic wars fight a series of duels over time.

Another of my favorite duels is that between Liam Neeson and Tim Roth in Rob Roy (1995).  The Tim Roth character is such a superior swordsman that he is, in effect, playing with the lesser skilled Rob Roy (until the end) and this demonstrates the degree to which training and technique were important in one-to-one dueling.

There are also a host of samurai movies, such as The Seven Samurai (1954) featuring the use of the Japanese katana.  These are indeed lethal weapons but are most effective when used in duels against an opponent armed with a similar weapon.  The katana doesn’t fair too well in competition against many European swords.  For one thing, the Japanese didn’t have access to really high-grade steel, so these weapons tended to be relatively brittle.

There are organizations that attempt to recreate historical fencing like the Association for Historical Fencing.  Duelists wearing padding and protection engage in sword fights using historically accurate weapons, recreating the techniques required for each and pit one kind of sword against another to determine which is better – and in what circumstances.  This allows for the recovery of a lot of lost knowledge regarding sword fighting techniques and gives us a much more accurate idea of what it was like to use different kind kinds of swords in different eras and circumstances. 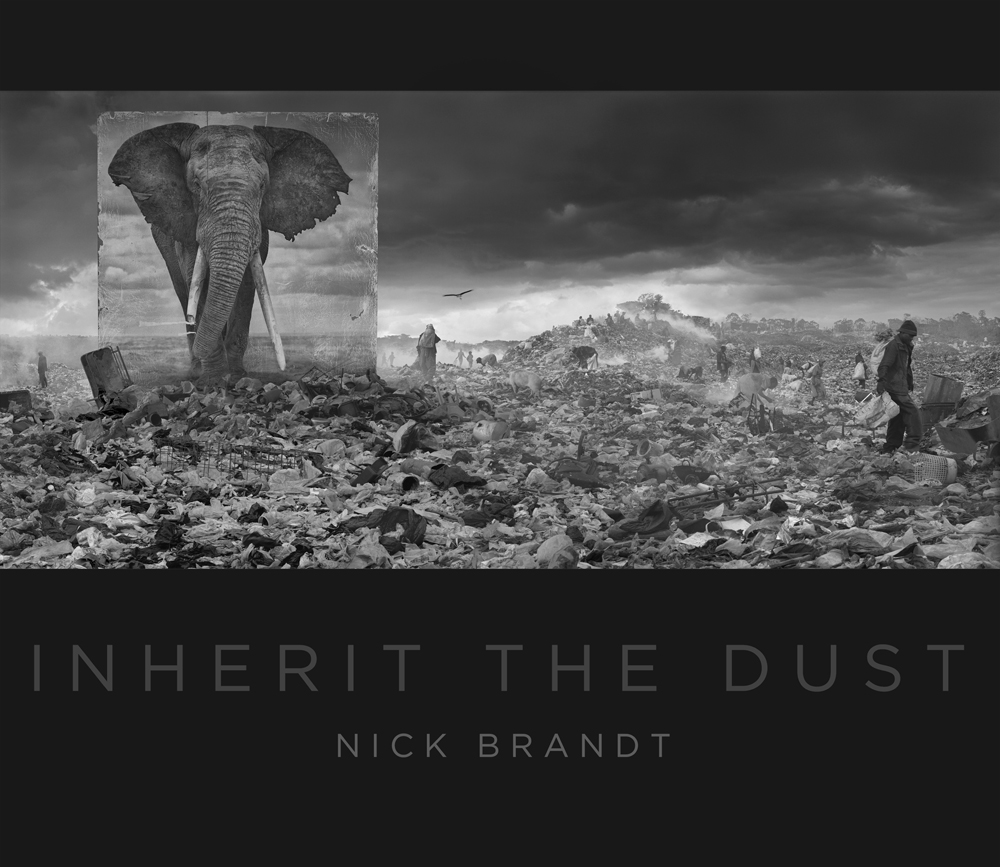 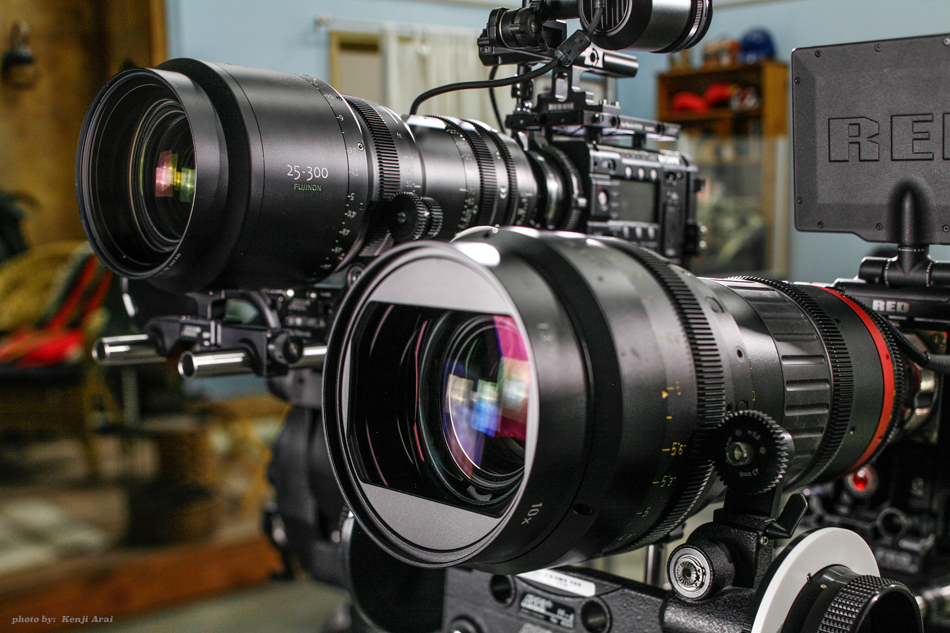 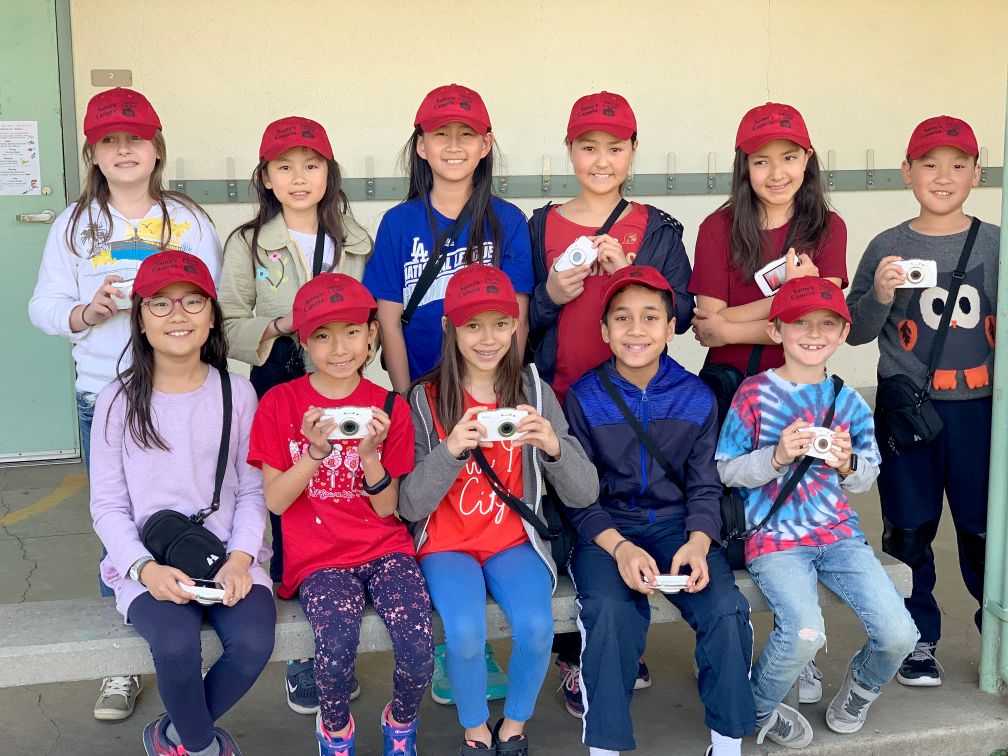