ON TWO WHEELS – Motorcycles From The Beginning 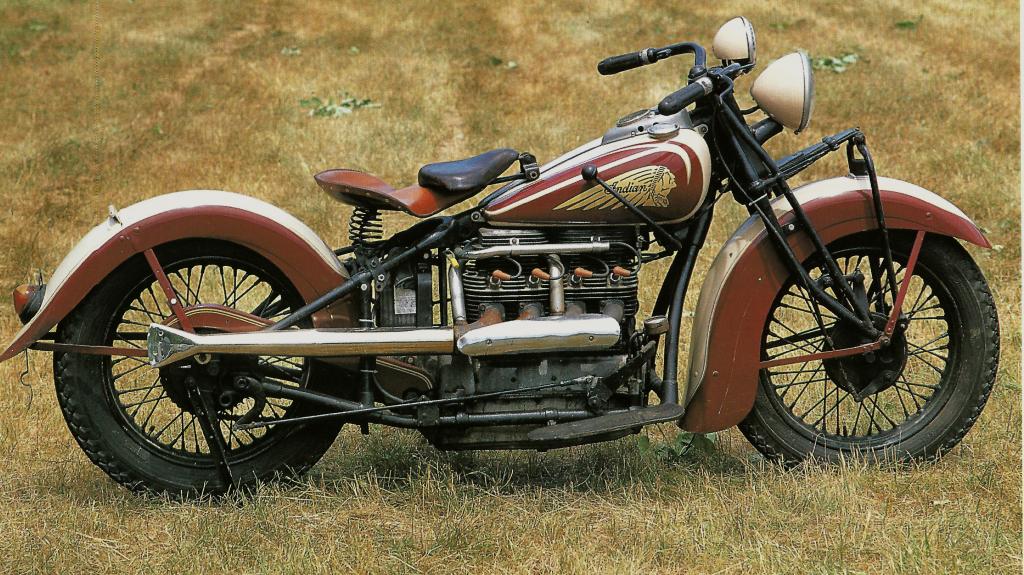 We live at a time when there are so many people riding motorcycles that younger people probably won’t realize that they were not always this popular and, in fact, there was some social stigma associated with riding them.  For example, back in the 1970s – which I was actually riding a Honda (I had my share of Harleys afterward) – a driver who cut me off got so scared when I pulled up beside him that he brandished a pistol at me.

It was really only after World War II that the “outlaw” aspect of motorcycles was established.  A lot of young men who served in the war decided they no longer wanted a regimented life and began experimenting with alternate lifestyles.  This was when you saw the emergence of surfers, beatniks, bodybuilders – and motorcycle clubs like the Hell’s Angeles and the Boozefighters.

There were all sorts of outlaw motorcycle movies made after this, but the first and maybe the most influential was The Wild One, starring Marlon Brando.  In this film, a motorcycle game takes over a small town and eventually causes a riot.  The movie was based on an actual event that took place in Hollister, CA in 1948.  The motorcyclists involved were the Boozefighters and the riot was not as serious as depicted in the movie.  As a matter of fact, the most famous photo published of the event turned out later to have been staged.

Some years later Honda started marketing relatively inexpensive, user-friendly motorcycles for everyday transportation to a wider public, using the slogan “You Meet the Nicest People On A Honda.”  This was the point at which motorcycling began to become more respectable – as it had been when this kind of machine was first introduced.

First, there was the bicycle and then inventors began finding ways of adding some kind of motive power to them.  This included steam, electric and internal combustion engines.

In the decade from the late 1880s, dozens of designs and machines emerged, particularly in Germany and in England, and soon spread to America.[12] During this early period of motorcycle history, there were many manufacturers since bicycle makers were adapting their designs for the new internal combustion engine.

In 1894 Hildebrand & Wolfmüller became the first series production motorcycle and the first to be called a “motorcycle” (German: Motorrad).[10][11][13][14] However, only a few hundred examples of this motorcycle were ever built. The first instance of the term “motorcycle” also appears in English the same year in materials promoting machines developed by E.J. Pennington,[15] although Pennington’s motorcycles never progressed past the prototype stage.[16]

Excelsior Motor Company, originally a bicycle manufacturing company based in Coventry in Warwickshire (England), began production of their first motorcycle model in 1896, available for purchase by the public. The first production motorcycle in the US was the Orient-Aster, built by Charles Metz in 1898 at his factory in Waltham, Massachusetts.

This was the period in which the internal combustion engine was being developed for early motor cars, and this type of motor was also adapted for use in motorcycles.   As the engines became more powerful and designs outgrew the bicycle origins, the number of motorcycle producers increased. Many of the nineteenth-century inventors who worked on early motorcycles often moved on to other inventions. Daimler and Roper, for example, both went on to develop automobiles.

At the turn of the 20th century, the first major mass-production firms emerged.

Two of the early motorcycle companies whose names are still around today were Harley Davison and Indian.  Both these machines used large displacement, V-Twin engines that were powerful and durable enough to travel some distance along with America’s fast-developing network of roads.  They were also much less expensive than automobiles so riders didn’t have to spend a lot of money in order to be able to travel from town to town, or even state to state.

The development of motorcycles was also enhanced by their extensive use by the military in World War II and in police forces across the country afterward.

Motorcycle producers after World War II, particularly in Europe, were less concerned in the powerful, V-Twin type of biked than designing practical, economical transportation.  You saw the introduction of the motor scooter such as the ones from Vespa.  And then a series of more lightweight bikes from various manufacturers.

British manufacturers Triumph, BSA, and Norton retained a dominant position in some markets until the rise of the Japanese manufacturers, led by Honda, in the late 1960s and early 1970s. The role of the motorcycle shifted in the 1960s, from the practical transportation to a lifestyle. It became part of an image, of status, a cultural icon for individualism, a prop in Hollywood B-movies.[12]

By the way, the bike ridden by the “outlaw” played by Marlon Brandon was a Triumph, not a Harley.  Not something you’d see in the various outlaw biker movies made in the 1960s, 1970s and beyond.

One of the most successful of biker movies as Easy Rider, starring Peter Fonda and Dennis Hopper.  Two long-haired dudes to a coke deal at LAX, use the money to build some snazzy bikes and take off to ride from Los Angeles to Mardi Gras.  Illustrating the paranoia of the 1960s, they don’t make it – but are killed with a shotgun by a redneck in a pick-up truck.

Two things most people don’t realize about this movie.  The first is that the guy in the Rolls Royce that buys the coke was played by music producer Phil Spector, now serving time for murdering a model.  The second is the meaning of “easy rider.”  That is the name for a prostitute’s “fancy man,” the boyfriend she dresses up and spends money on to advertise her status.  The question is whether or not the producers of the movie actually knew what the term meant.

In any event, there are not only millions of motorcycles in the US and in Europe but in many places in Asia, the number of motorcycles, motorbikes, and scooters seems to be astronomical.  Again, these are mostly smaller, lighter and less expensive machines than the types of sport and racing motorcycles, tourers and cruisers, that you see more often in the west.

All im all, a long way from “Johnny” in The Wild One, who when asked what he was rebelling against, replied, “What have you got?” 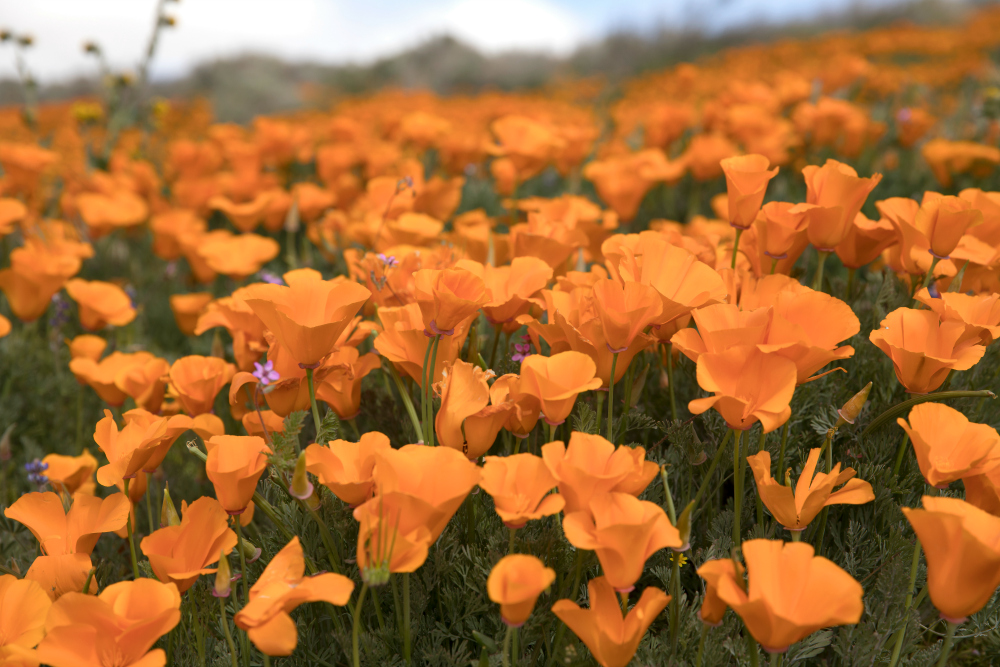 We Visited the Antelope Valley California Poppy Reserve and OMG…it was AMAZING! 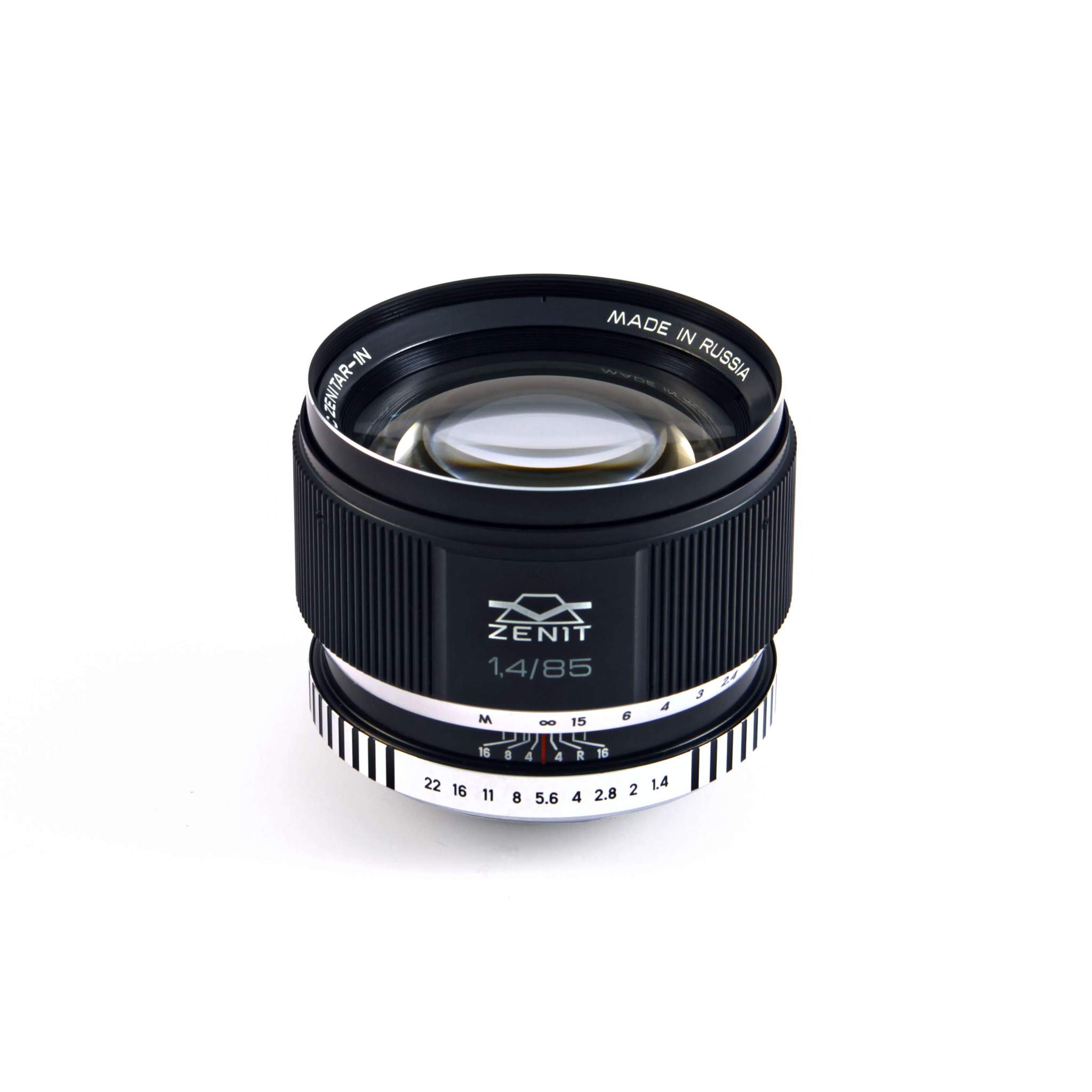