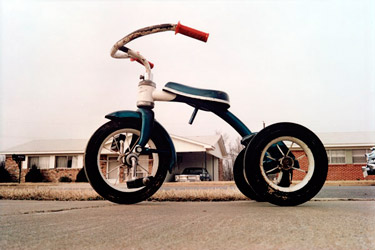 William Eggleston changed photographic history with his saturated color images of everyday life. In the 1960’s, he pioneered the use of color photography and the snapshot for aesthetic and artistic expression. Eggleston was also one of the first photographers to capitalize on the deep, rich hues offered by the dye transfer process.Born in 1939 in Memphis, Tennessee and raised in Sumner, Mississippi. Eggleston portrays the soda shops, drive-ins, liquor stores and parking lots of the Deep South. These commonplace scenes, often overlooked, become vivid symbols of American culture; appearing and re-appearing as a theme over and over again in his work. 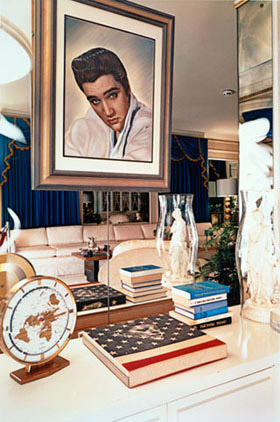 A comprehensive exhibit of the artist’s work is currently on view at the Los Angeles County Museum of Art. The exhibition is a survey of over fifty years of Eggleston’s photography. It is thoughtfully installed and displays well over 200 images, representing most of his life’s work. The exhibit includes early black & white gelatin silver prints from the 1960’s and Eggleston’s cult video work, Stranded in Canton (1973-1974).

For anyone interested in color photography as a means of personal expression and artistic intention, this exhibit is a provocative “must-see.” Eggleston’s photographs have been the subject of passionate controversy, though many critics have changed their opinion about his work over the years. Clearly, he is a man committed to his unique vision. 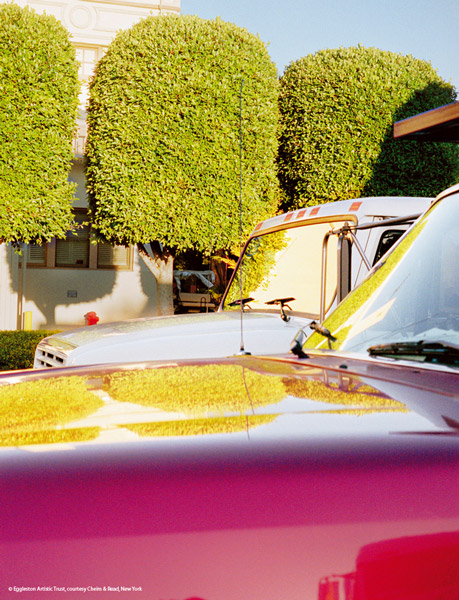 In 1976 John Szarkowski, then curator of photography at MoMA in New York, mounted its first one-man exhibit showing color photographs exclusively, the photographer was William Eggleston.. As a result, color photography soon came to be recognized as a legitimate artistic domain alongside black and white.

One point regarding his working methods that I find revealing is that Eggleston takes only one picture of a subject at a time. For an accomplished photographer of his stature working with small hand held cameras, this is a highly unusual method of creating significant photographs. Other renowned photographers like Henri Cartier Bresson (whom Eggleston acknowledged as a major influence), Bruce Davidson, Sebastiao Salgado and Josef Koudelka, expose multiple frames on a single visual event, whether it be a landscape, a portrait or an abstract version of reality. Later, after concentrated review and comparison, the finest photo from the like series of frames is selected for viewing or media reproduction. 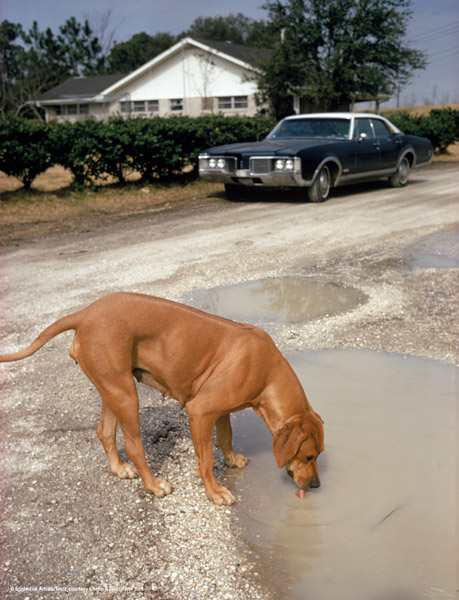 In one documentary Eggleston explains that (for him) it’s a burden to make a decision about which single frame, amid multiple frames of the same subject, is the best photograph. Thus, he chooses to take just one shot, often quickly and intuitively, so that afterwards there is no conflict about which is the more superior image.

This shooting technique lends itself to snapshot quality imagery. The image is accomplished quickly; the photographer’s subconscious takes over for the framing, much the 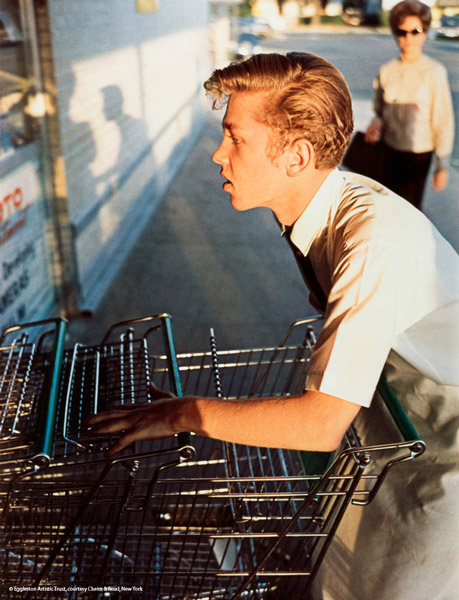 way a child embraces their first camera. The photograph might have an arbitrary quality, unremarkable and uninspiring, boring and banal.

In Eggleston’s case however, it can have the complete opposite effect. His work can become amazing color photography that is a substantial work of art.

For example, a photograph he took in Greenwood, Mississippi in 1973 shows a vibrantly colored room with ceiling and walls painted in a bright scarlet red. A trashy light fixture is screwed into the ceiling, with a large red light bulb and numerous white extension cords spreading out in all directions. In the corner of the frame is an illustration of people performing sexual intercourse in different positions. The resulting image is surreal, erotically charged, and abstract in a painterly way and . . . unforgettable. 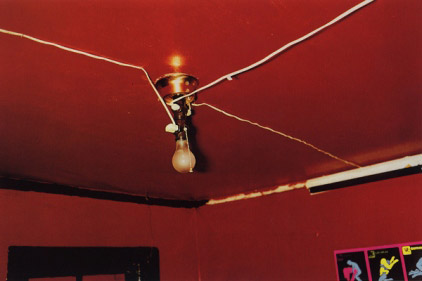 Eggleston never titles his photographs. Some images in the exhibit do not even provide a date to identify when they were made. Yet he does identify the place they were taken. By doing this he offers no personal or additional interpretation of the photographs he creates.

I think this is intentional. I think Eggleston wants viewers to use their own imagination to discover the meaning of the photograph, interpreting it on their own terms.

Color portraits of Eggleston’s family members and strangers are some of his finest work. They portray genuine honesty; we almost feel like we were there when the photo was taken.

Included in the exhibit is a portrait of a naked man, gazing off camera and sitting on a green couch, a gun rack resting above his head supporting two large rifles. There’s a vulnerable truth about the portrait. The man is completely stripped like an animal, with the ominous guns mounted over his head. 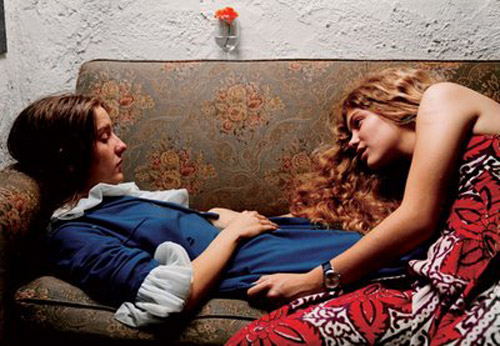 It’s like a poem eschewing the traditional Southern male pursuit of hunting and sports. But on a darker level it reads, “Don’t dis-honor or tread on me, because there will be deadly consequences to pay.” It’s a substantial photograph, revealing many layered implications.

Eggleston’s decision to switch from shooting black & white to color was a major step in his progression as an artist. It was a decision that led to the acceptance of color photography as a valid artistic endeavor. Until then, the history of photography as art (with few exceptions) was in black & white imagery represented by such photographers as Louis Jacques Daguerre, Carleton Watkins, Eadweard Muybridge, Eugene Atget, Alfred Stieglitz, Jacob Riis, Edward Weston, Ansel Adams, Walker Evans, Edward Steichen, Cartier Bresson, and the likes of Robert Frank and Garry Winogrand.

William Eggleston: Democratic Camera-Photographs and Video 1961-2008 runs through January 16, 2011 at LACMA. If you miss the exhibit, there are numerous books and publications about his work. Eggleston also appears in many documentaries. Color photography has been re-defined and substantiated by this artist, and anyone interested in the history of this medium will appreciate his work. 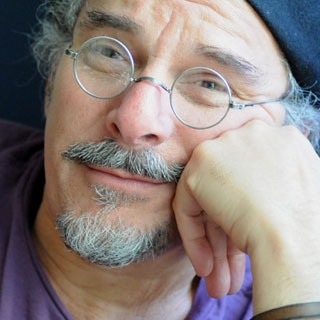 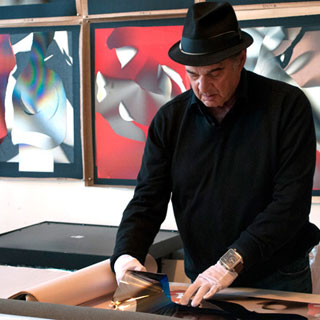 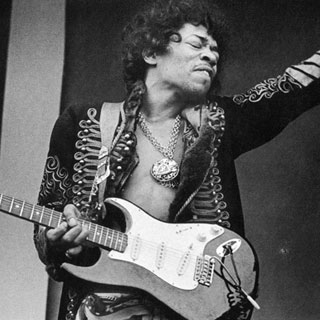